A Vision for The Future; the Great Hope of Urantia 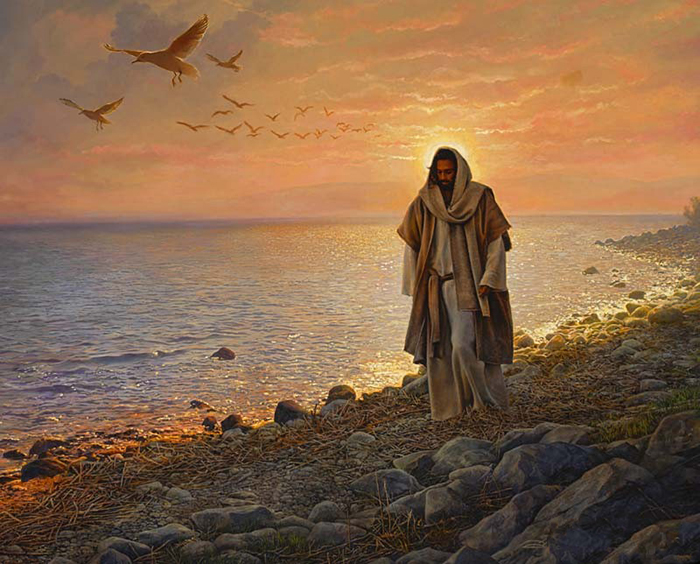 All Urantia is waiting for the proclamation of the ennobling message of Michael, unencumbered by the accumulated doctrines and dogmas of nineteen centuries of contact with the religions of evolutionary origin. The hour is striking for presenting to Buddhism, to Christianity, to Hinduism, even to the peoples of all faiths, not the gospel about Jesus, but the living, spiritual reality of the gospel of Jesus. ~ The Urantia Book, (94:12.7)

"But I declare to you that my Father in Paradise does rule a universe of universes by the compelling power of his love. Love is the greatest of all spirit realities. Truth is a liberating revelation, but love is the supreme relationship. And no matter what blunders your fellow men make in their world management of today, in an age to come the gospel which I declare to you will rule this very world. The ultimate goal of human progress is the reverent recognition of the fatherhood of God and the loving materialization of the brotherhood of man." ~ Jesus, The Urantia Book, (143:1.4)

Mistake not! there is in the teachings of Jesus an eternal nature which will not permit them forever to remain unfruitful in the hearts of thinking men. The kingdom as Jesus conceived it has to a large extent failed on earth; for the time being, an outward church has taken its place; but you should comprehend that this church is only the larval stage of the thwarted spiritual kingdom, which will carry it through this material age and over into a more spiritual dispensation where the Master's teachings may enjoy a fuller opportunity for development. Thus does the so-called Christian church become the cocoon in which the kingdom of Jesus' concept now slumbers. The kingdom of the divine brotherhood is still alive and will eventually and certainly come forth from this long submergence, just as surely as the butterfly eventually emerges as the beautiful unfolding of its less attractive creature of metamorphic development. ~ The Urantia Book, (170:5.22)

Sooner or later another and greater John the Baptist is due to arise proclaiming "the kingdom of God is at hand"—meaning a return to the high spiritual concept of Jesus, who proclaimed that the kingdom is the will of his heavenly Father dominant and transcendent in the heart of the believer—and doing all this without in any way referring either to the visible church on earth or to the anticipated second coming of Christ. There must come a revival of the actual teachings of Jesus, such a restatement as will undo the work of his early followers who went about to create a sociophilosophical system of belief regarding the fact of Michael's sojourn on earth. ~ The Urantia Book, (170:5.20)

The concept of Jesus is still alive in the advanced religions of the world. Paul's Christian church is the socialized and humanized shadow of what Jesus intended the kingdom of heaven to be—and what it most certainly will yet become. ~ The Urantia Book, (170:5.18)

The modern age will refuse to accept a religion which is inconsistent with facts and out of harmony with its highest conceptions of truth, beauty, and goodness. The hour is striking for a rediscovery of the true and original foundations of present-day distorted and compromised Christianity—the real life and teachings of Jesus. ~ The Urantia Book, (195:9.5)

What an awakening the world would experience if it could only see Jesus as he really lived on earth and know, firsthand, his life-giving teachings! Descriptive words of things beautiful cannot thrill like the sight thereof, neither can creedal words inspire men’s souls like the experience of knowing the presence of God. But expectant faith will ever keep the hope-door of man’s soul open for the entrance of the eternal spiritual realities of the divine values of the worlds beyond. ~ The Urantia Book, (195:9.8)

If the Christian church would only dare to espouse the Master’s program, thousands of apparently indifferent youths would rush forward to enlist in such a spiritual undertaking, and they would not hesitate to go all the way through with this great adventure. ~ The Urantia Book, (195:10.10)

The great hope of Urantia lies in the possibility of a new revelation of Jesus with a new and enlarged presentation of his saving message which would spiritually unite in loving service the numerous families of his present-day professed followers. ~ The Urantia Book, (195:10.16)

The time is ripe to witness the figurative resurrection of the human Jesus from his burial tomb amidst the theological traditions and the religious dogmas of nineteen centuries. Jesus of Nazareth must not be longer sacrificed to even the splendid concept of the glorified Christ. What a transcendent service if, through this revelation, the Son of Man should be recovered from the tomb of traditional theology and be presented as the living Jesus to the church that bears his name, and to all other religions! ~ The Urantia Book, (196:1.2)

The common people heard Jesus gladly, and they will again respond to the presentation of his sincere human life of consecrated religious motivation if such truths shall again be proclaimed to the world. The people heard him gladly because he was one of them, an unpretentious layman; the world's greatest religious teacher was indeed a layman. ~ The Urantia Book, (196:1.4)

Some day a reformation in the Christian church may strike deep enough to get back to the unadulterated religious teachings of Jesus, the author and finisher of our faith. You may preach a religion about Jesus, but, perforce, you must live the religion of Jesus. In the enthusiasm of Pentecost, Peter unintentionally inaugurated a new religion, the religion of the risen and glorified Christ. The Apostle Paul later on transformed this new gospel into Christianity, a religion embodying his own theologic views and portraying his own personal experience with the Jesus of the Damascus road. The gospel of the kingdom is founded on the personal religious experience of the Jesus of Galilee. ~ The Urantia Book, (196:2.1)