The Urantia Book On Science 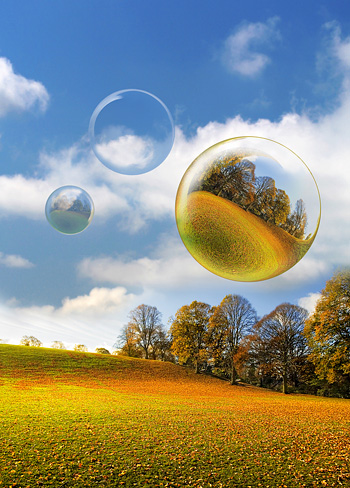 Science is the source of facts, and mind cannot operate without facts. They are the building blocks in the construction of wisdom which are cemented together by life experience. Man can find the love of God without facts, and man can discover the laws of God without love, but man can never begin to appreciate the infinite symmetry, the supernal harmony, the exquisite repleteness of the all-inclusive nature of the First Source and Center until he has found divine law and divine love and has experientially unified these in his own evolving cosmic philosophy. ~ The Urantia Book, (111:6.6)

The Promise of Science

Semicivilized man is beginning to unlock the storehouse of the secrets of the natural realms, and his science is slowly but effectively destroying his superstitions while at the same time providing a new and enlarged factual basis for the comprehension of the meanings of philosophy and the values of true spiritual experience. Man, the civilized, will someday achieve relative mastery of the physical forces of his planet; the love of God in his heart will be effectively outpoured as love for his fellow men, while the values of human existence will be nearing the limits of mortal capacity. ~ The Urantia Book, (118:10.1)

Gradually science is removing the gambling element from life. But if modern methods of education should fail, there would be an almost immediate reversion to the primitive beliefs in magic. These superstitions still linger in the minds of many so-called civilized people. ~ The Urantia Book, (88:6.7)

Economic interdependence and social fraternity will ultimately conduce to brotherhood. Man is naturally a dreamer, but science is sobering him so that religion can presently activate him with far less danger of precipitating fanatical reactions. Economic necessities tie man up with reality, and personal religious experience brings this same man face to face with the eternal realities of an ever-expanding and progressing cosmic citizenship. ~ The Urantia Book, (99:7.5)

The God of Science, Philosophy, AND Religion

Science is a quantitative experience, religion a qualitative experience, as regards man's life on earth. Science deals with phenomena; religion, with origins, values, and goals. To assign causes as an explanation of physical phenomena is to confess ignorance of ultimates and in the end only leads the scientist straight back to the first great cause—the Universal Father of Paradise. ~ The Urantia Book, (195:6.5)

The reason of science is based on the observable facts of time; the faith of religion argues from the spirit program of eternity. What knowledge and reason cannot do for us, true wisdom admonishes us to allow faith to accomplish. ~ The Urantia Book, (102:1.2)

But as ascending man reaches inward and Paradiseward for the God experience, he will likewise be reaching outward and spaceward for an energy understanding of the material cosmos. The progression of science is not limited to the terrestrial life of man; his universe and superuniverse ascension experience will to no small degree be the study of energy transmutation and material metamorphosis. ~ The Urantia Book, (103:7.3)

Science Does Not Always Translate to Truth

The Quest for Unity

Science is only satisfied with first causes, religion with supreme personality, and philosophy with unity. Revelation affirms that these three are one, and that all are good. ~ The Urantia Book, (102:3.15)

Science deals with facts; religion is concerned only with values. Through enlightened philosophy the mind endeavors to unite the meanings of both facts and values, thereby arriving at a concept of complete reality. Remember that science is the domain of knowledge, philosophy the realm of wisdom, and religion the sphere of the faith experience. ~ The Urantia Book, (101:5.2)