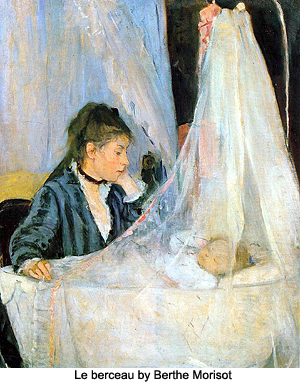 Someone asked me once what my wife Diana and I did to encourage ourdaughter's spiritual development:

We took long walks in the beautiful mountains where we live while Diana waspregnant. We gave our baby a spiritually symbolic name. We had soft musicplaying and soft lighting in the room where she was born. She was immediatelyplaced at her mother's breast following her birth. I bathed her an hour or twoafter she was born while Diana rested.

We read children's books with a spiritual theme from many different religions, and recited prayers from many traditions from the time she was tiny. Mostevenings, barring rain, I would take her out at sunset and we would say "Good-Bye Sun, See You Tomorrow!" We read the classic fairytales. For years, we toldher "Sweet Dreams" which was our way of saying "Bedtime Stories." These werespontaneous guided imageries (sometimes I could feel our spiritscommunicating), always beautiful and positive, and often contained spiritualsymbolism.

As she grew we nearly always said or sung various graces at dinner (at least).We encouraged her to pray to her Heavenly Father in her own words andmodeled this occasionally. We spoke openly with her about Guardian Angels We played spiritual music and story tapes in the car (along with just fun stuff).We sang chants and danced Sufi dances. She went to a week long Sufi Campwith us when she was about two. Star and I often had discussions about Godwhere I would share my faith and belief's and would listen openly to hers. Itreasure those conversations and would always let her know so.

She often attended our small religious study groups and activities over theyears, and I have shared with her particular and pertinent passages (purepoetry!) throughout the years. We attended our little Catholic church sporadicallyand she was baptized and made her first communion, but I have also spokenfrankly to her on my feelings regarding the atonement doctrine and original sin.

We would often practice and sing with the North San Juan Community Choir forChristmas as a family. I gave her a copy of the URANTIA Book for her 16thbirthday as she had been asking about it. She is not much of a reader (ofanything) but will willingly listen when I or someone else reads from the Book.We've always talked to her and listened acceptingly to her.

I guess in the end, the best way to encourage the inner light to come forth from aglowing Star is to fill it with love and just let it shine.