The Brotherhood of Man 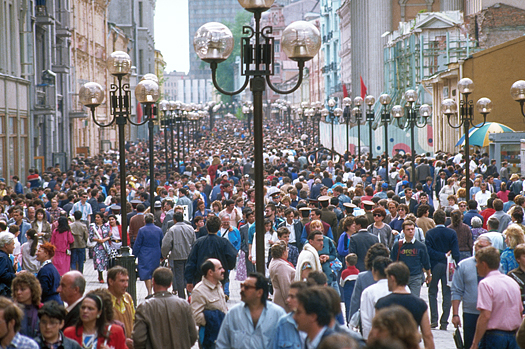 The Part and the Whole

The Fatherhood of God and the brotherhood of man present the paradox of the part and the whole on the level of personality. God loves each individual as an individual child in the heavenly family. Yet God thus loves every individual; he is no respecter of persons, and the universality of his love brings into being a relationship of the whole, the universal brotherhood. ~ The Urantia Book, (12:7.8)

Brotherhood constitutes a fact of relationship between every personality in universal existence. No person can escape the benefits or the penalties that may come as a result of relationship to other persons. The part profits or suffers in measure with the whole. The good effort of each man benefits all men; the error or evil of each man augments the tribulation of all men. As moves the part, so moves the whole. As the progress of the whole, so the progress of the part. The relative velocities of part and whole determine whether the part is retarded by the inertia of the whole or is carried forward by the momentum of the cosmic brotherhood. ~ The Urantia Book, (12:7.11)

What Did Jesus Say about the Brotherhood of Man?

Jesus said: "The people of another age will better understand the gospel of the kingdom when it is presented in terms expressive of the family relationship—when man understands religion as the teaching of the fatherhood of God and the brotherhood of man, sonship with God." Then the Master discoursed at some length on the earthly family as an illustration of the heavenly family, restating the two fundamental laws of living: the first commandment of love for the father, the head of the family, and the second commandment of mutual love among the children, to love your brother as yourself. And then he explained that such a quality of brotherly affection would invariably manifest itself in unselfish and loving social service. ~ The Urantia Book, (142:7.4)

"But I declare to you that my Father in Paradise does rule a universe of universes by the compelling power of his love. Love is the greatest of all spirit realities. Truth is a liberating revelation, but love is the supreme relationship. And no matter what blunders your fellow men make in their world management of today, in an age to come the gospel which I declare to you will rule this very world. The ultimate goal of human progress is the reverent recognition of the fatherhood of God and the loving materialization of the brotherhood of man. ~ Jesus, The Urantia Book, (143:1.4)

"Today, the unbelievers may taunt you with preaching a gospel of nonresistance and with living lives of nonviolence, but you are the first volunteers of a long line of sincere believers in the gospel of this kingdom who will astonish all mankind by their heroic devotion to these teachings. No armies of the world have ever displayed more courage and bravery than will be portrayed by you and your loyal successors who shall go forth to all the world proclaiming the good news—the fatherhood of God and the brotherhood of men. The courage of the flesh is the lowest form of bravery. Mind bravery is a higher type of human courage, but the highest and supreme is uncompromising loyalty to the enlightened convictions of profound spiritual realities." ~ Jesus, The Urantia Book, (143:1.7)

"Some of you, before you entered the kingdom, were very shrewd in dealing with your business associates. If you were unjust and often unfair, you were nonetheless prudent and farseeing in that you transacted your business with an eye single to your present profit and future safety. Likewise should you now so order your lives in the kingdom as to provide for your present joy while you also make certain of your future enjoyment of treasures laid up in heaven. If you were so diligent in making gains for yourselves when in the service of self, why should you show less diligence in gaining souls for the kingdom since you are now servants of the brotherhood of man and stewards of God? ~ Jesus, The Urantia Book, (169:2.2)

"Peace be upon you. You rejoice to know that I am the resurrection and the life, but this will avail you nothing unless you are first born of the eternal spirit, thereby coming to possess, by faith, the gift of eternal life. If man is your brother, he is even more than your neighbor, whom the Father requires you to love as yourself. Your brother, being of your own family, you will not only love with a family affection, but you will also serve as you would serve yourself. And you will thus love and serve your brother because you, being my brethren, have been thus loved and served by me. Go, then, into all the world telling this good news to all creatures of every race, tribe, and nation. My spirit shall go before you, and I will be with you always." ~ Jesus, The Urantia Book, (193:1.2)

" Let me now teach you concerning the differing levels of meaning attached to the interpretation of this rule of living, this admonition to `do to others that which you desire others to do to you':

"1. The level of the flesh ... a purely selfish and lustful interpretation...

"2. The level of the feelings. This plane is one level higher than that of the flesh and implies that sympathy and pity would enhance one's interpretation of this rule of living.

"3. The level of mind. Now come into action the reason of mind and the intelligence of experience. Good judgment dictates that such a rule of living should be interpreted in consonance with the highest idealism embodied in the nobility of profound self-respect.

"4. The level of brotherly love. Still higher is discovered the level of unselfish devotion to the welfare of one's fellows. On this higher plane of wholehearted social service growing out of the consciousness of the fatherhood of God and the consequent recognition of the brotherhood of man, there is discovered a new and far more beautiful interpretation of this basic rule of life.

"5. The moral level. And then when you attain true philosophic levels of interpretation, when you have real insight into the rightness and wrongness of things, when you perceive the eternal fitness of human relationships, you will begin to view such a problem of interpretation as you would imagine a high-minded, idealistic, wise, and impartial third person would so view and interpret such an injunction as applied to your personal problems of adjustment to your life situations.

"6. The spiritual level. And then last, but greatest of all, we attain the level of spirit insight and spiritual interpretation which impels us to recognize in this rule of life the divine command to treat all men as we conceive God would treat them. That is the universe ideal of human relationships. And this is your attitude toward all such problems when your supreme desire is ever to do the Father's will. I would, therefore, that you should do to all men that which you know I would do to them in like circumstances."

Nothing Jesus had said to the apostles up to this time had ever more astonished them. ~ The Urantia Book, (147:4.1)

The Fatherhood of God - The Cornerstone

... Jesus, day by day, appropriated the cream of the Hebrew scriptures for the instruction of his followers and for inclusion in the teachings of the new gospel of the kingdom. Other religions had suggested the thought of the nearness of God to man, but Jesus made the care of God for man like the solicitude of a loving father for the welfare of his dependent children and then made this teaching the cornerstone of his religion. And thus did the doctrine of the fatherhood of God make imperative the practice of the brotherhood of man. The worship of God and the service of man became the sum and substance of his religion. Jesus took the best of the Jewish religion and translated it to a worthy setting in the new teachings of the gospel of the kingdom. ~ The Urantia Book, (159:5.7)

You become conscious of man as your creature brother because you are already conscious of God as your Creator Father. Fatherhood is the relationship out of which we reason ourselves into the recognition of brotherhood. And Fatherhood becomes, or may become, a universe reality to all moral creatures because the Father has himself bestowed personality upon all such beings and has encircuited them within the grasp of the universal personality circuit. We worship God, first, because he is, then, because he is in us, and last, because we are in him. ~ The Urantia Book, (16:9.10)

Jesus' Teaching About The Brotherhood of Man

Jesus always had trouble trying to explain to the apostles that, while they proclaimed the establishment of the kingdom of God, the Father in heaven was not a king. At the time Jesus lived on earth and taught in the flesh, the people of Urantia knew mostly of kings and emperors in the governments of the nations, and the Jews had long contemplated the coming of the kingdom of God. For these and other reasons, the Master thought best to designate the spiritual brotherhood of man as the kingdom of heaven and the spirit head of this brotherhood as the Father in heaven. Never did Jesus refer to his Father as a king. In his intimate talks with the apostles he always referred to himself as the Son of Man and as their elder brother. He depicted all his followers as servants of mankind and messengers of the gospel of the kingdom. ~ The Urantia Book, (169:4.1)

To the Jews, Elohim was the God of gods, while Yahweh was the God of Israel. Jesus accepted the concept of Elohim and called this supreme group of beings God. In the place of the concept of Yahweh, the racial deity, he introduced the idea of the fatherhood of God and the world-wide brotherhood of man. He exalted the Yahweh concept of a deified racial Father to the idea of a Father of all the children of men, a divine Father of the individual believer. And he further taught that this God of universes and this Father of all men were one and the same Paradise Deity. ~ The Urantia Book, (169:4.8)

The kingdom, to the Jews, was the Israelite community; to the gentiles it became the Christian church. To Jesus the kingdom was the sum of those individuals who had confessed their faith in the fatherhood of God, thereby declaring their wholehearted dedication to the doing of the will of God, thus becoming members of the spiritual brotherhood of man. ~ The Urantia Book, (170:5.11)

The hope of modern Christianity is that it should cease to sponsor the social systems and industrial policies of Western civilization while it humbly bows itself before the cross it so valiantly extols, there to learn anew from Jesus of Nazareth the greatest truths mortal man can ever hear—the living gospel of the fatherhood of God and the brotherhood of man. ~ The Urantia Book, (195:10.2)