Adam And Eve's Failed Mission To The Red Race 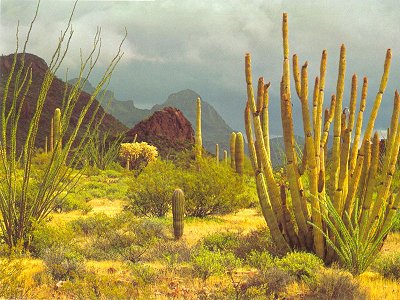 More than likely Adam had maps of the world, knew the shapes of the continents and the size of the oceans and would have devised the best travel routes for his missionary children explorers spreading out across the world. We could even presume that Adam’s plan might have been that over the span of a thousand year period groups of his descendants would be designated to make their way from Eden to the Americas to establish cultural centers, just as there would be groups designated to do the same for other races and other parts of the world. Possibly one thousand groups of a thousand "missionaries" each would be scheduled to leave Eden for the Americas — a group each year over a thousand year span of time.

Land travel would have been slow, maybe 10 miles a day on those good days when they traveled at all so the approximately 8500 mile trip from Eden to the Bering Strait could have taken 5 years or longer. The westward trip to the Atlantic was less than half that length but the ocean crossing was much more hazardous. Which would be the better route? The long slow land excursion with the quick but hazardous ocean crossing into Alaska or the much shorter land route with a long and hazardous crossing of the Atlantic to the east coast of the Americas?

While Adam and Eve's re-created bodies and their first generation children were satisfied with a diet of fruits, nuts, and cereals (76:3.7) these great-great and greater grandchildren of Adam and Eve would have been required to eat whatever was at hand, trading, gathering, hunting, and fishing as they traveled along. The trips would have been exceedingly hard and difficult and many of those who began the trip wouldn’t arrive at their destination. While probably immune to the diseases that plagued the natives those primitive humans, bears, lions, tigers, insects, snakes, crocodiles and other animals in existence 38,000 years ago that inhabited the environments would have been a constant threat along with the accidents that occur when contending with nature on a daily basis. Once the travelers reached the sea and built their ships the crossing of the Bering Strait or the Atlantic ocean would have been treacherous and lives would have been lost along the way there as well.

The following has been written to stimulate thinking about history from a different point of view.

Adam and Eve’s Failed Mission to the Red Race

About eighty-five thousand years ago the comparatively pure remnants of the red race went en masse across to North America, and shortly thereafter the Bering land isthmus sank, thus isolating them. (64:6.3)

In the original Melchizedek plan for the improvement of the Urantia races it had been stipulated that one million of the pure-line descendants of Adam should go to upstep the red men of the Americas (79:5.9)

By land it’s about 15,000 miles from the Bering Strait in Alaska to Tierra del Fuego, Argentina, at the tip of South America; the continents are each about 3,000 miles at their widest east to west dimensions. The migrating red race would easily have covered all of the Americas east to west and north to south during their 50,000 year habitation of the continents (from 85,000 down to 38,000 years ago) by the time of the arrival of Adam and Eve in the Garden of Eden — at least all those parts not covered by the ice age glaciers. These would have been the peoples the Adamites, the children of Adam and Eve, were destined to minister to when the time for such a mission came.

Would the direct descendants of Adam and Eve have remained in Eden until there were a million of them of the right age to travel to the Americas and then all arrive in the Americas at once? How would they have traveled? Would these Adamites have been picked up in Eden and flown to the Americas in a way similar to Adam and Eve being transported here from Jerusem?

The red race had lived in near isolation from other races for about 50,000 years before Adam and Eve arrived at their garden home in the Mediterranean area. Possibly adventurers and explorers and other wayward travelers found their way to the American continents from time to time from other parts of the globe over this long span of time but their influence upon the cultures of the red race, while providing the material for folklore and legend, would have been minimal and localized.It’s unlikely that everyone in any one group would have been able to travel by boat together — providing quarters and storing provisions for 1,000 people on one ocean-going boat seems unreasonable for those prehistoric times — so perhaps 10 ships for 100 travelers each could have been built and building those ships could easily consume another year. They may have wanted to leave together at the same time but out on the open sea soon they’d have been separated by the winds and currents and few probably would have reached the Americas together.

Then upon reaching the Americas the real work would begin. If they had arrived where they'd anticipated, they would continue with their overland travels to their pre-determined destinations to start establishing villages and culture centers. Some of the Adamite centers would be in contact with one another while others would be isolated. Some would have been established where the red race was peaceful and others would have been located in hostile territory. The goal of the Adamites would be to establish flourishing towns — probably walled towns to protect themselves from the natives and wild animals — and then to begin to slowly open their doors to the indigenous people around them to teach and to begin the improvement of the native human biology.

Imagine a history where Adam’s plan had been carried out. Imagine a North and South America where a flourishing civilization had existed for 38,000 years before "being discovered" by western culture. Or better yet, centers of culture throughout the world that had 38,000 years of history and a world under the influence of the spiritual insight of the red race, the most advanced and intelligent of the native races of Urantia. The red race may have suffered the greatest loss of all the races due to the default of Adam and Eve; the lack of Adamic bloodline would have been a major contributor to their near eradication over a few hundred years due to diseases transmitted by encroaching European immigrants.