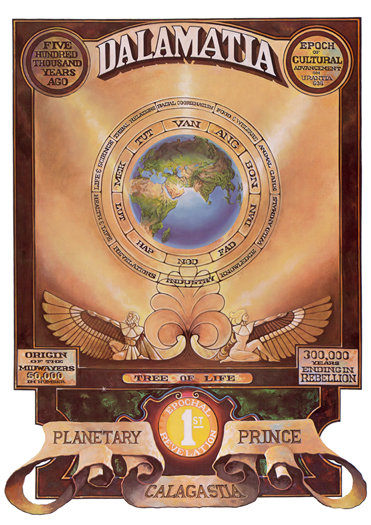 1. The Dalamatian teachings. The true concept of the First Source and Center was first promulgated on Urantia by the one hundred corporeal members of Prince Caligastia's staff. This expanding revelation of Deity went on for more than three hundred thousand years until it was suddenly terminated by the planetary secession and the disruption of the teaching regime. Except for the work of Van, the influence of the Dalamatian revelation was practically lost to the whole world. Even the Nodites had forgotten this truth by the time of Adam's arrival. Of all who received the teachings of the one hundred, the redmen held them longest, but the idea of the Great Spirit was but a hazy concept in Amerindian religion when contact with Christianity greatly clarified and strengthened it. ~ The Urantia Book, 92:4.5