What our Lord Saw from the Cross 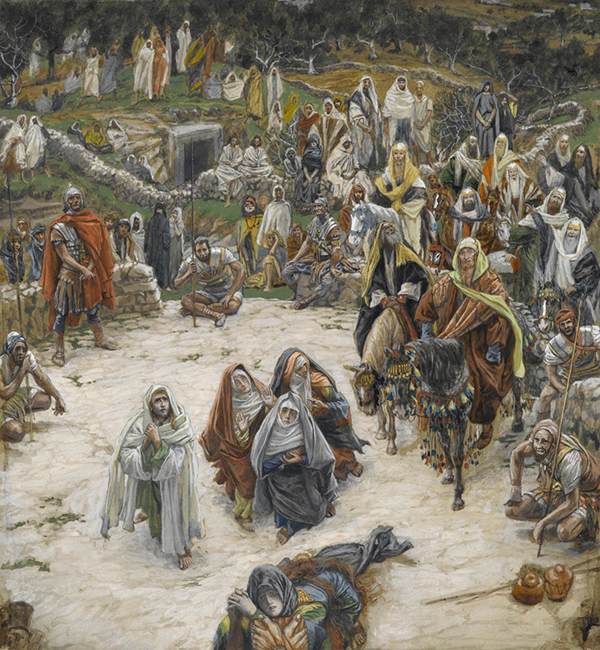 What our Lord Saw from the Cross by James Tissot

What our Lord Saw from the Cross

As Jesus saw his mother, with John and his brother and sister, he smiled but said nothing. Meanwhile the four soldiers assigned to the Master's crucifixion, as was the custom, had divided his clothes among them, one taking the sandals, one the turban, one the girdle, and the fourth the cloak. This left the tunic, or seamless vestment reaching down to near the knees, to be cut up into four pieces, but when the soldiers saw what an unusual garment it was, they decided to cast lots for it. Jesus looked down on them while they divided his garments, and the thoughtless crowd jeered at him. ~ The Urantia Book, 187:2.8