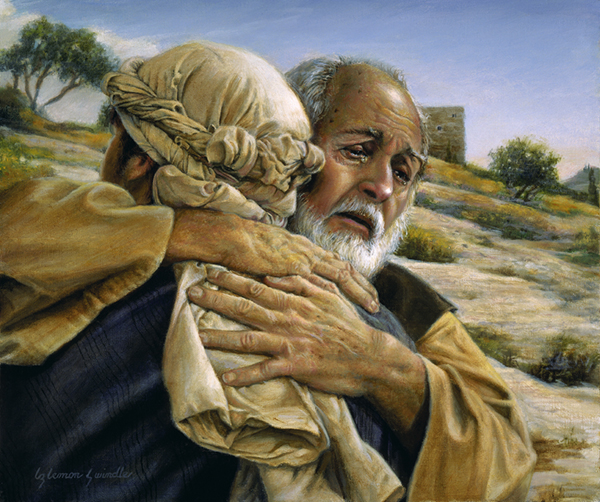 “Now this father had grieved much for his son; he had missed the cheerful, though thoughtless, lad. This father loved this son and was always on the lookout for his return, so that on the day he approached his home, even while he was yet afar off, the father saw him and, being moved with loving compassion, ran out to meet him, and with affectionate greeting he embraced and kissed him. And after they had thus met, the son looked up into his father's tearful face and said: `Father, I have sinned against heaven and in your sight; I am no more worthy to be called a son'—but the lad did not find opportunity to complete his confession because the overjoyed father said to the servants who had by this time come running up: `Bring quickly his best robe, the one I have saved, and put it on him and put the son's ring on his hand and fetch sandals for his feet.' “ ~ The Urantia Book, 169:1.9