The Synagogues are Closed to Jesus 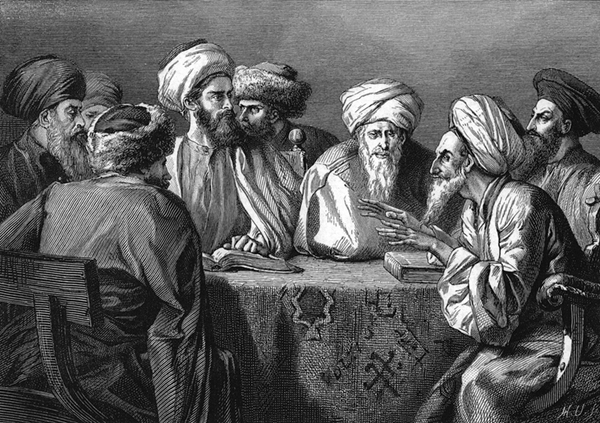 The Priests Take Counsel with the Herodians by Alexander Bida

The Synagogues are Closed to Jesus

Sunday, May 8, A.D. 29, at Jerusalem, the Sanhedrin passed a decree closing all the synagogues of Palestine to Jesus and his followers. This was a new and unprecedented usurpation of authority by the Jerusalem Sanhedrin. Theretofore each synagogue had existed and functioned as an independent congregation of worshipers and was under the rule and direction of its own board of governors. Only the synagogues of Jerusalem had been subject to the authority of the Sanhedrin. This summary action of the Sanhedrin was followed by the resignation of five of its members. ~ The Urantia Book, 154:2.1