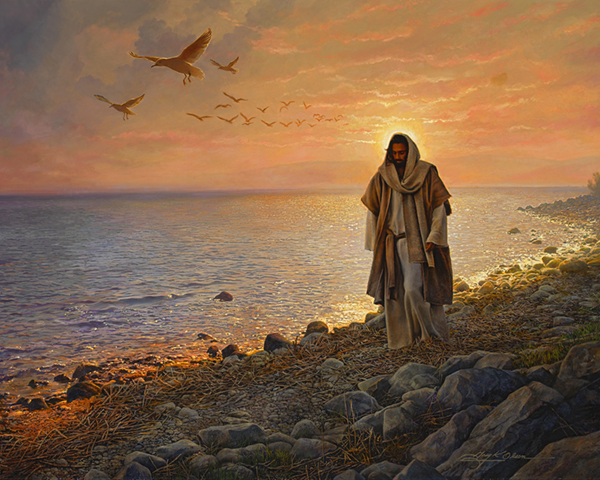 In the world, not of the world by Greg Olsen

The eleven had scarcely ceased their discussions of the discourse on the vine and the branches when the Master, indicating that he was desirous of speaking to them further and knowing that his time was short, said: “When I have left you, be not discouraged by the enmity of the world. Be not downcast even when fainthearted believers turn against you and join hands with the enemies of the kingdom. If the world shall hate you, you should recall that it hated me even before it hated you. If you were of this world, then would the world love its own, but because you are not, the world refuses to love you. You are in this world, but your lives are not to be worldlike.” ~ The Urantia Book, 180:3.1