He is Not Here 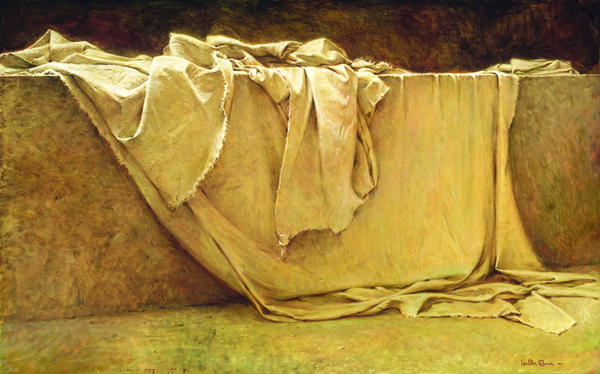 He is Not Here by Walter Rane

He is Not Here

After Mary had tarried in the doorway of the tomb for a few moments (she did not see distinctly when she first entered the tomb), she saw that Jesus’ body was gone and in its place only these grave cloths, and she uttered a cry of alarm and anguish. All the women were exceedingly nervous; they had been on edge ever since meeting the panicky soldiers at the city gate, and when Mary uttered this scream of anguish, they were terror-stricken and fled in great haste. And they did not stop until they had run all the way to the Damascus gate. By this time Joanna was conscience-stricken that they had deserted Mary; she rallied her companions, and they started back for the tomb.

As they drew near the sepulchre, the frightened Magdalene, who was even more terrorized when she failed to find her sisters waiting when she came out of the tomb, now rushed up to them, excitedly exclaiming: “He is not there—they have taken him away!” And she led them back to the tomb, and they all entered and saw that it was empty. ~ The Urantia Book, 189:4.7