He Comes as the Lowly One 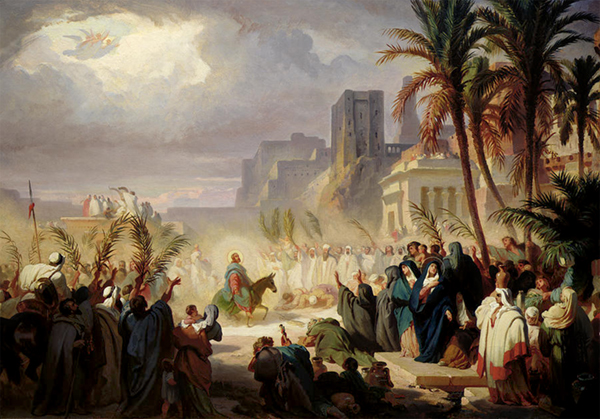 The entry of Christ into Jerusalem by Félix Louis Leullier

He Comes as the Lowly One

There was one Scripture that had sometimes been associated with the Messiah by those who held more to the spiritual concept of his mission, which Jesus thought might consistently be taken as a guide for his projected entry into Jerusalem. This Scripture was found in Zechariah, and it said: “Rejoice greatly, O daughter of Zion; shout, O daughter of Jerusalem. Behold, your king comes to you. He is just and he brings salvation. He comes as the lowly one, riding upon an ass, upon a colt, the foal of an ass.”

A warrior king always entered a city riding upon a horse; a king on a mission of peace and friendship always entered riding upon an ass. Jesus would not enter Jerusalem as a man on horseback, but he was willing to enter peacefully and with good will as the Son of Man on a donkey. ~ The Urantia Book, 172:3.4