I find no crime in him 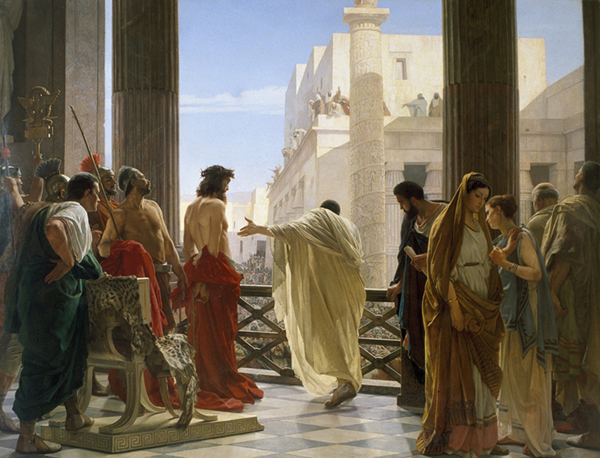 I find no crime in him

Then Pilate led forth this bleeding and lacerated prisoner and, presenting him before the mixed multitude, said: "Behold the man! Again I declare to you that I find no crime in him, and having scourged him, I would release him."

There stood Jesus of Nazareth, clothed in an old purple royal robe with a crown of thorns piercing his kindly brow. His face was bloodstained and his form bowed down with suffering and grief. But nothing can appeal to the unfeeling hearts of those who are victims of intense emotional hatred and slaves to religious prejudice. This sight sent a mighty shudder through the realms of a vast universe, but it did not touch the hearts of those who had set their minds to effect the destruction of Jesus. ~ The Urantia Book, 185:6.3