Jesus' Appearance To The Women Believers 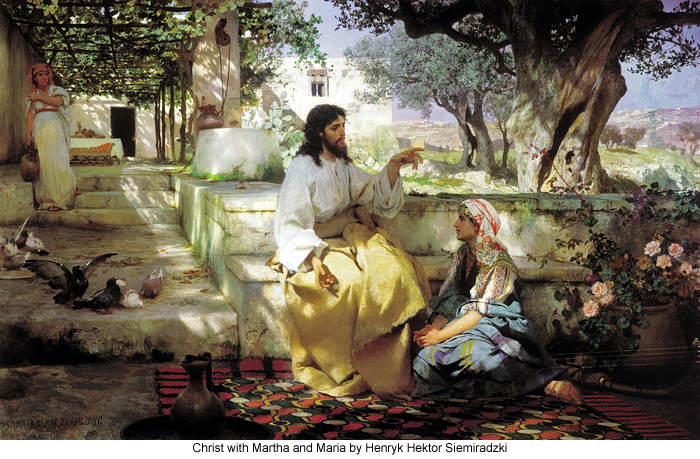 (190:3.1) The fifth morontia manifestation of Jesus to the recognition of mortal eyes occurred in the presence of some twenty-five women believers assembled at the home of Joseph of Arimathea, at about fifteen minutes past four o'clock on this same Sunday afternoon. Mary Magdalene had returned to Joseph's house just a few minutes before this appearance. James, Jesus' brother, had requested that nothing be said to the apostles concerning the Master's appearance at Bethany. He had not asked Mary to refrain from reporting the occurrence to her sister believers. Accordingly, after Mary had pledged all the women to secrecy, she proceeded to relate what had so recently happened while she was with Jesus' family at Bethany. And she was in the very midst of this thrilling recital when a sudden and solemn hush fell over them; they beheld in their very midst the fully visible form of the risen Jesus. He greeted them, saying: "Peace be upon you. In the fellowship of the kingdom there shall be neither Jew nor gentile, rich nor poor, free nor bond, man nor woman. You also are called to publish the good news of the liberty of mankind through the gospel of sonship with God in the kingdom of heaven. Go to all the world proclaiming this gospel and confirming believers in the faith thereof. And while you do this, forget not to minister to the sick and strengthen those who are fainthearted and fear-ridden. And I will be with you always, even to the ends of the earth." And when he had thus spoken, he vanished from their sight, while the women fell on their faces and worshiped in silence.

Of the five morontia appearances of Jesus occurring up to this time, Mary Magdalene had witnessed four.