The Plot Is Discovered, And Sorrow Lingers 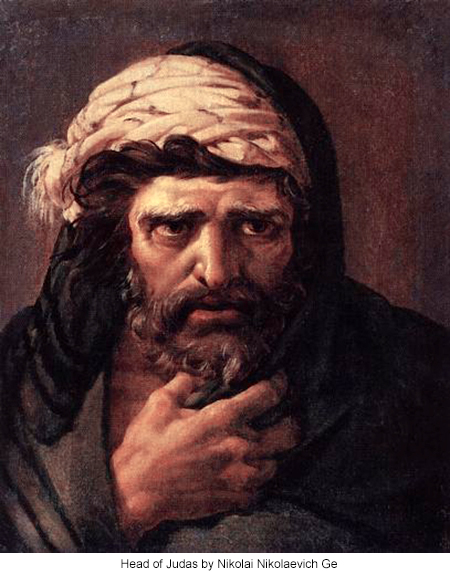 178:2.3 David Zebedee, through the work of his secret agents in Jerusalem, was fully advised concerning the progress of the plan to arrest and kill Jesus. He knew all about the part of Judas in this plot, but he never disclosed this knowledge to the other apostles nor to any of the disciples. Shortly after lunch he did lead Jesus aside and, making bold, asked him whether he knew-but he never got further with his question. The Master, holding up his hand, stopped him, saying: "Yes, David, I know all about it, and I know that you know, but see to it that you tell no man. Only doubt not in your own heart that the will of God will prevail in the end."

179:2.3 Jesus ... knew Judas Iscariot had fully made up his mind to deliver him that night into the hands of his enemies. He fully realized that this traitorous betrayal was the work of Judas, but that it also pleased Lucifer, Satan, and Caligastia the prince of darkness.

179:4.7 Jesus now knew that nothing could be done to keep Judas from turning traitor. He started with twelve-now he had eleven. He chose six of these apostles, and though Judas was among those nominated by his first-chosen apostles, still the Master accepted him and had, up to this very hour, done everything possible to sanctify and save him, even as he had wrought for the peace and salvation of the others.

179:4.8 This supper, with its tender episodes and softening touches, was Jesus' last appeal to the deserting Judas, but it was of no avail. Warning, even when administered in the most tactful manner and conveyed in the most kindly spirit, as a rule, only intensifies hatred and fires the evil determination to carry out to the full one's own selfish projects, when love is once really dead.