The End Of Judas - After He Witnesses The Crucifixion 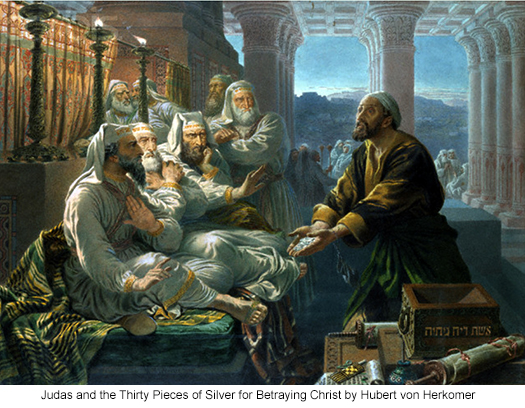 186:1.4 From a distance Judas saw them raise the cross piece with Jesus nailed thereon, and upon sight of this he rushed back to the temple and, forcing his way past the doorkeeper, found himself standing in the presence of the Sanhedrin, which was still in session. The betrayer was well-nigh breathless and highly distraught, but he managed to stammer out these words: "I have sinned in that I have betrayed innocent blood. You have insulted me. You have offered me as a reward for my service, money-the price of a slave. I repent that I have done this; here is your money. I want to escape the guilt of this deed."

186:1.5 When the rulers of the Jews heard Judas, they scoffed at him. One of them sitting near where Judas stood, motioned that he should leave the hall and said: "Your Master has already been put to death by the Romans, and as for your guilt, what is that to us? See you to that-and begone!"