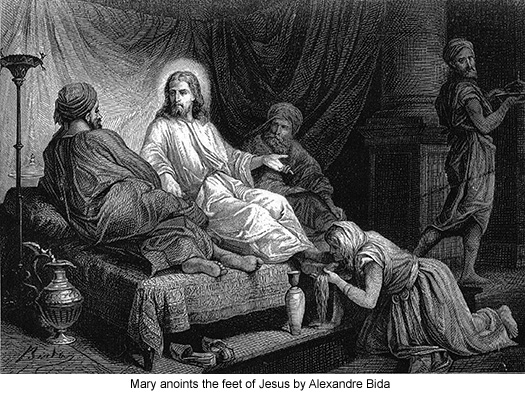 153:1.5 As they sat there in the synagogue that afternoon before Jesus began to speak, there was just one great mystery, just one supreme question, in the minds of all. Both his friends and his foes pondered just one thought, and that was: "Why did he himself so deliberately and effectively turn back the tide of popular enthusiasm?" And it was immediately before and immediately after this sermon that the doubts and disappointments of his disgruntled adherents grew into unconscious opposition and eventually turned into actual hatred. It was after this sermon in the synagogue that Judas Iscariot entertained his first conscious thought of deserting. But he did, for the time being, effectively master all such inclinations.

172:5.12 Judas' mind was in a disagreeable ferment because of the Master's rebuke the preceding day in connection with Mary's anointing at the feast in Simon's house:

172:1.7 It was because of this rebuke, which he took as a personal reproof, that Judas Iscariot finally made up his mind to seek revenge for his hurt feelings. Many times had he entertained such ideas subconsciously, but now he dared to think such wicked thoughts in his open and conscious mind.

173:0.2 The one absorbing thought of Judas was: What shall I do? Shall I go on with Jesus and my associates, or shall I withdraw? And if I am going to quit, how shall I break off?

175:4.1 It was while listening to the Master's final indictment of the Jewish leaders and rulers that Judas finally and fully made up his mind to forsake the gospel movement and wash his hands of the whole enterprise.

176:2.9 Judas had finally confirmed his decision to abandon his associates.