The Journey Up The Coast 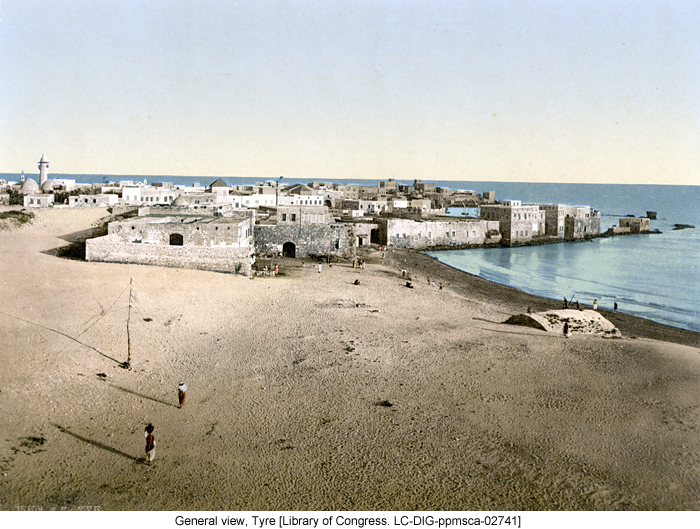 156:3.1 On Tuesday, June 28, the Master and his associates left Sidon, going up the coast to Porphyreon and Heldua. They were well received by the gentiles, and many were added to the kingdom during this week of teaching and preaching. The apostles preached in Porphyreon and the evangelists taught in Heldua. While the twenty-four were thus engaged in their work, Jesus left them for a period of three or four days, paying a visit to the coast city of Beirut, where he visited with a Syrian named Malach, who was a believer, and who had been at Bethsaida the year before.

156:3.2 On Wednesday, July 6, they all returned to Sidon and tarried at the home of Justa until Sunday morning, when they departed for Tyre, going south along the coast by way of Sarepta, arriving at Tyre on Monday, July 11. By this time the apostles and the evangelists were becoming accustomed to working among these so-called gentiles, who were in reality mainly descended from the earlier Canaanite tribes of still earlier Semitic origin. All of these peoples spoke the Greek language. It was a great surprise to the apostles and evangelists to observe the eagerness of these gentiles to hear the gospel and to note the readiness with which many of them believed. 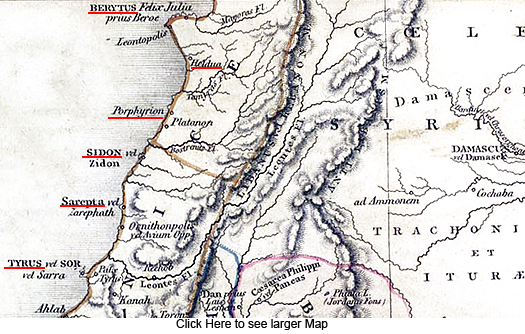