The Head Of Household (Age 16) 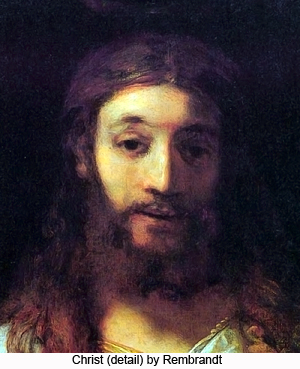 AS JESUS entered upon his adolescent years, he found himself the head and sole support of a large family. Within a few years after his father's death all their property was gone. As time passed, he became increasingly conscious of his pre-existence; at the same time he began more fully to realize that he was present on earth and in the flesh for the express purpose of revealing his Paradise Father to the children of men.

127:0.3 Having thus tasted the actual experience of living these adolescent years on a world beset by evil and distraught by sin, the Son of Man became possessed of full knowledge about the life experience of the youth of all the realms of Nebadon, and thus forever he became the understanding refuge for the distressed and perplexed adolescents of all ages and on all worlds throughout the local universe.

127:0.4 Slowly, but certainly and by actual experience, this divine Son is earning the right to become sovereign of his universe, the unquestioned and supreme ruler of all created intelligences on all local universe worlds, the understanding refuge of the beings of all ages and of all degrees of personal endowment and experience.

127:1.5 This year Simon started to school, and they were compelled to sell another house. James now took charge of the teaching of his three sisters, two of whom were old enough to begin serious study. As soon as Ruth grew up, she was taken in hand by Miriam and Martha. Ordinarily the girls of Jewish families received little education, but Jesus maintained (and his mother agreed) that girls should go to school the same as boys, and since the synagogue school would not receive them, there was nothing to do but conduct a home school especially for them.

127:1.6 Throughout this year Jesus was closely confined to the workbench. Fortunately he had plenty of work; his was of such a superior grade that he was never idle no matter how slack work might be in that region. At times he had so much to do that James would help him.

127:1.7 By the end of this year he had just about made up his mind that he would, after rearing his family and seeing them married, enter publicly upon his work as a teacher of truth and as a revealer of the heavenly Father to the world. He knew he was not to become the expected Jewish Messiah, and he concluded that it was next to useless to discuss these matters with his mother; he decided to allow her to entertain whatever ideas she might choose since all he had said in the past had made little or no impression upon her and he recalled that his father had never been able to say anything that would change her mind. From this year on he talked less and less with his mother, or anyone else, about these problems. His was such a peculiar mission that no one living on earth could give him advice concerning its prosecution.

127:1.8 He was a real though youthful father to the family; he spent every possible hour with the youngsters, and they truly loved him. His mother grieved to see him work so hard; she sorrowed that he was day by day toiling at the carpenter's bench earning a living for the family instead of being, as they had so fondly planned, at Jerusalem studying with the rabbis. While there was much about her son that Mary could not understand, she did love him, and she most thoroughly appreciated the willing manner in which he shouldered the responsibility of the home.