Jesus Continues To Provide For The Family (Age 28) 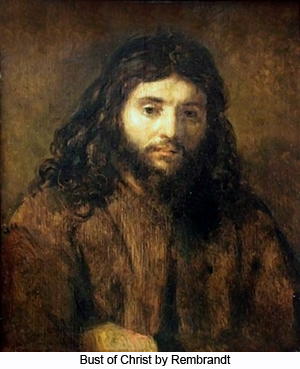 129:2.1 In March, A.D. 22, Jesus took leave of Zebedee and of Capernaum. He asked for a small sum of money to defray his expenses to Jerusalem. While working with Zebedee he had drawn only small sums of money, which each month he would send to the family at Nazareth. One month Joseph would come down to Capernaum for the money; the next month Jude would come over to Capernaum, get the money from Jesus, and take it up to Nazareth. Jude's fishing headquarters was only a few miles south of Capernaum.

129:2.2 When Jesus took leave of Zebedee's family, he agreed to remain in Jerusalem until Passover time, and they all promised to be present for that event. They even arranged to celebrate the Passover supper together. They all sorrowed when Jesus left them, especially the daughters of Zebedee.

129:2.3 Before leaving Capernaum, Jesus had a long talk with his new-found friend and close companion, John Zebedee. He told John that he contemplated traveling extensively until "my hour shall come" and asked John to act in his stead in the matter of sending some money to the family at Nazareth each month until the funds due him should be exhausted. And John made him this promise: "My Teacher, go about your business, do your work in the world; I will act for you in this or any other matter, and I will watch over your family even as I would foster my own mother and care for my own brothers and sisters. I will disburse your funds which my father holds as you have directed and as they may be needed, and when your money has been expended, if I do not receive more from you, and if your mother is in need, then will I share my own earnings with her. Go your way in peace. I will act in your stead in all these matters."

129:2.4 Therefore, after Jesus had departed for Jerusalem, John consulted with his father, Zebedee, regarding the money due Jesus, and he was surprised that it was such a large sum. As Jesus had left the matter so entirely in their hands, they agreed that it would be the better plan to invest these funds in property and use the income for assisting the family at Nazareth; and since Zebedee knew of a little house in Capernaum which carried a mortgage and was for sale, he directed John to buy this house with Jesus' money and hold the title in trust for his friend. And John did as his father advised him. For two years the rent of this house was applied on the mortgage, and this, augmented by a certain large fund which Jesus presently sent up to John to be used as needed by the family, almost equaled the amount of this obligation; and Zebedee supplied the difference, so that John paid up the remainder of the mortgage when it fell due, thereby securing clear title to this two-room house. In this way Jesus became the owner of a house in Capernaum, but he had not been told about it.

129:2.5 When the family at Nazareth heard that Jesus had departed from Capernaum, they, not knowing of this financial arrangement with John, believed the time had come for them to get along without any further help from Jesus. James remembered his contract with Jesus and, with the help of his brothers, forthwith assumed full responsibility for the care of the family.