A Dangerous Visit To Jerusalem During The Feast Of Tabernacles 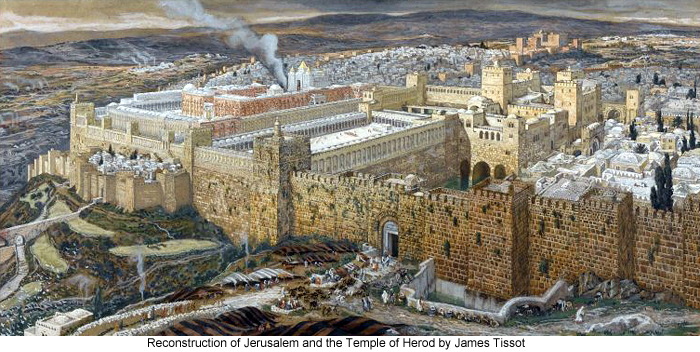 162:1.1 Long before they fled from Galilee, the followers of Jesus had implored him to go to Jerusalem to proclaim the gospel of the kingdom in order that his message might have the prestige of having been preached at the center of Jewish culture and learning; but now that he had actually come to Jerusalem to teach, they were afraid for his life. Knowing that the Sanhedrin had sought to bring Jesus to Jerusalem for trial and recalling the Master's recently reiterated declarations that he must be subject to death, the apostles had been literally stunned by his sudden decision to attend the feast of tabernacles. To all their previous entreaties that he go to Jerusalem he had replied, "The hour has not yet come." Now, to their protests of fear he answered only, "But the hour has come."

162:1.2 During the feast of tabernacles Jesus went boldly into Jerusalem on several occasions and publicly taught in the temple. This he did in spite of the efforts of his apostles to dissuade him. Though they had long urged him to proclaim his message in Jerusalem, they now feared to see him enter the city at this time, knowing full well that the scribes and Pharisees were bent on bringing about his death. 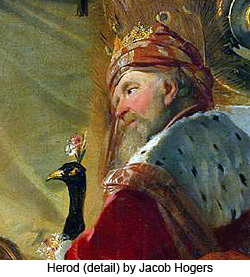 162:1.3 Jesus' bold appearance in Jerusalem more than ever confused his followers. Many of his disciples, and even Judas Iscariot the apostle, had dared to think that Jesus had fled in haste into Phoenicia because he feared the Jewish leaders and Herod Antipas. They failed to comprehend the significance of the Master's movements. His presence in Jerusalem at the feast of tabernacles, even in opposition to the advice of his followers, sufficed forever to put an end to all whisperings about fear and cowardice.

162:1.4 During the feast of tabernacles, thousands of believers from all parts of the Roman Empire saw Jesus, heard him teach, and many even journeyed out to Bethany to confer with him regarding the progress of the kingdom in their home districts.

162:1.5 There were many reasons why Jesus was able publicly to preach in the temple courts throughout the days of the feast, and chief of these was the fear that had come over the officers of the Sanhedrin as a result of the secret division of sentiment in their own ranks. It was a fact that many of the members of the Sanhedrin either secretly believed in Jesus or else were decidedly averse to arresting him during the feast, when such large numbers of people were present in Jerusalem, many of whom either believed in him or were at least friendly to the spiritual movement which he sponsored.

162:1.6 The efforts of Abner and his associates throughout Judea had also done much to consolidate sentiment favorable to the kingdom, so much so that the enemies of Jesus dared not be too outspoken in their opposition. This was one of the reasons why Jesus could publicly visit Jerusalem and live to go away. One or two months before this he would certainly have been put to death.

162:1.7 But the audacious boldness of Jesus in publicly appearing in Jerusalem overawed his enemies; they were not prepared for such a daring challenge. Several times during this month the Sanhedrin made feeble attempts to place the Master under arrest, but nothing came of these efforts. His enemies were so taken aback by Jesus' unexpected public appearance in Jerusalem that they conjectured he must have been promised protection by the Roman authorities. Knowing that Philip (Herod Antipas's brother) was almost a follower of Jesus, the members of the Sanhedrin speculated that Philip had secured for Jesus promises of protection against his enemies. Jesus had departed from their jurisdiction before they awakened to the realization that they had been mistaken in the belief that his sudden and bold appearance in Jerusalem had been due to a secret understanding with the Roman officials.

162:1.8 Only the twelve apostles had known that Jesus intended to attend the feast of tabernacles when they had departed from Magadan. The other followers of the Master were greatly astonished when he appeared in the temple courts and began publicly to teach, and the Jewish authorities were surprised beyond expression when it was reported that he was teaching in the temple. 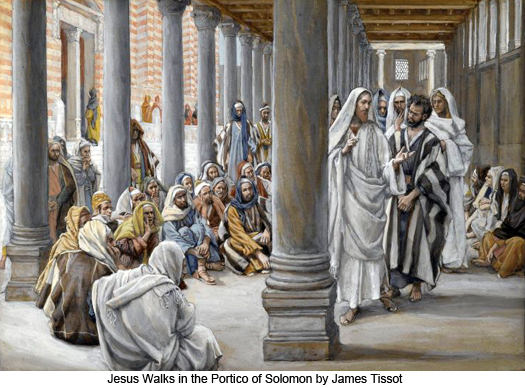 162:1.9 Although his disciples had not expected Jesus to attend the feast, the vast majority of the pilgrims from afar who had heard of him entertained the hope that they might see him at Jerusalem. And they were not disappointed, for on several occasions he taught in Solomon's Porch and elsewhere in the temple courts. These teachings were really the official or formal announcement of the divinity of Jesus to the Jewish people and to the whole world.

162:1.10 The multitudes who listened to the Master's teachings were divided in their opinions. Some said he was a good man; some a prophet; some that he was truly the Messiah; others said he was a mischievous meddler, that he was leading the people astray with his strange doctrines. His enemies hesitated to denounce him openly for fear of his friendly believers, while his friends feared to acknowledge him openly for fear of the Jewish leaders, knowing that the Sanhedrin was determined to put him to death. But even his enemies marveled at his teaching, knowing that he had not been instructed in the schools of the rabbis.

162:1.11 Every time Jesus went to Jerusalem, his apostles were filled with terror. They were the more afraid as, from day to day, they listened to his increasingly bold pronouncements regarding the nature of his mission on earth. They were unaccustomed to hearing Jesus make such positive claims and such amazing assertions even when preaching among his friends.