What Happened At Pentecost? 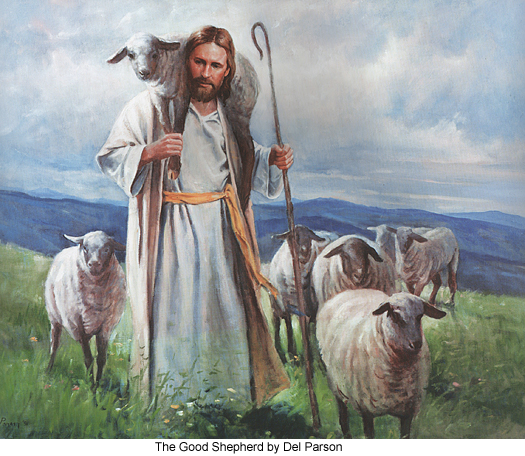 194:3.1 Many queer and strange teachings became associated with the early narratives of the day of Pentecost. In subsequent times the events of this day, on which the Spirit of Truth, the new teacher, came to dwell with mankind, have become confused with the foolish outbreaks of rampant emotionalism. The chief mission of this outpoured spirit of the Father and the Son is to teach men about the truths of the Father's love and the Son's mercy. These are the truths of divinity which men can comprehend more fully than all the other divine traits of character. The Spirit of Truth is concerned primarily with the revelation of the Father's spirit nature and the Son's moral character. The Creator Son, in the flesh, revealed God to men; the Spirit of Truth, in the heart, reveals the Creator Son to men. When man yields the "fruits of the spirit" in his life, he is simply showing forth the traits which the Master manifested in his own earthly life. When Jesus was on earth, he lived his life as one personality —Jesus of Nazareth. As the indwelling spirit of the "new teacher," the Master has, since Pentecost, been able to live his life anew in the experience of every truth-taught believer.

194:3.2 Many things which happen in the course of a human life are hard to understand, difficult to reconcile with the idea that this is a universe in which truth prevails and in which righteousness triumphs. It so often appears that slander, lies, dishonesty, and unrighteousness—sin—prevail. Does faith, after all, triumph over evil, sin, and iniquity? It does. And the life and death of Jesus are the eternal proof that the truth of goodness and the faith of the spirit-led creature will always be vindicated. They taunted Jesus on the cross, saying, "Let us see if God will come and deliver him." It looked dark on that day of the crucifixion, but it was gloriously bright on the resurrection morning; it was still brighter and more joyous on the day of Pentecost. The religions of pessimistic despair seek to obtain release from the burdens of life; they crave extinction in endless slumber and rest. These are the religions of primitive fear and dread. The religion of Jesus is a new gospel of faith to be proclaimed to struggling humanity. This new religion is founded on faith, hope, and love.

194:3.3 To Jesus, mortal life had dealt its hardest, cruelest, and bitterest blows; and this man met these ministrations of despair with faith, courage, and the unswerving determination to do his Father's will. Jesus met life in all its terrible reality and mastered it—even in death. He did not use religion as a release from life. The religion of Jesus does not seek to escape this life in order to enjoy the waiting bliss of another existence. The religion of Jesus provides the joy and peace of another and spiritual existence to enhance and ennoble the life which men now live in the flesh.

194:3.4 If religion is an opiate to the people, it is not the religion of Jesus. On the cross he refused to drink the deadening drug, and his spirit, poured out upon all flesh, is a mighty world influence which leads man upward and urges him onward. The spiritual forward urge is the most powerful driving force present in this world; the truth-learning believer is the one progressive and aggressive soul on earth.

194:3.5 On the day of Pentecost the religion of Jesus broke all national restrictions and racial fetters. It is forever true, "Where the spirit of the Lord is, there is liberty." On this day the Spirit of Truth became the personal gift from the Master to every mortal. This spirit was bestowed for the purpose of qualifying believers more effectively to preach the gospel of the kingdom, but they mistook the experience of receiving the outpoured spirit for a part of the new gospel which they were unconsciously formulating.

194:3.6 Do not overlook the fact that the Spirit of Truth was bestowed upon all sincere believers; this gift of the spirit did not come only to the apostles. The one hundred and twenty men and women assembled in the upper chamber all received the new teacher, as did all the honest of heart throughout the whole world. This new teacher was bestowed upon mankind, and every soul received him in accordance with the love for truth and the capacity to grasp and comprehend spiritual realities. At last, true religion is delivered from the custody of priests and all sacred classes and finds its real manifestation in the individual souls of men.

194:3.8 The coming of the Spirit of Truth on Pentecost made possible a religion which is neither radical nor conservative; it is neither the old nor the new; it is to be dominated neither by the old nor the young. The fact of Jesus' earthly life provides a fixed point for the anchor of time, while the bestowal of the Spirit of Truth provides for the everlasting expansion and endless growth of the religion which he lived and the gospel which he proclaimed. The spirit guides into all truth; he is the teacher of an expanding and always-growing religion of endless progress and divine unfolding. This new teacher will be forever unfolding to the truth-seeking believer that which was so divinely folded up in the person and nature of the Son of Man.

194:3.9 The manifestations associated with the bestowal of the "new teacher," and the reception of the apostles' preaching by the men of various races and nations gathered together at Jerusalem, indicate the universality of the religion of Jesus. The gospel of the kingdom was to be identified with no particular race, culture, or language. This day of Pentecost witnessed the great effort of the spirit to liberate the religion of Jesus from its inherited Jewish fetters. Even after this demonstration of pouring out the spirit upon all flesh, the apostles at first endeavored to impose the requirements of Judaism upon their converts. Even Paul had trouble with his Jerusalem brethren because he refused to subject the gentiles to these Jewish practices. No revealed religion can spread to all the world when it makes the serious mistake of becoming permeated with some national culture or associated with established racial, social, or economic practices.

194:3.10 The bestowal of the Spirit of Truth was independent of all forms, ceremonies, sacred places, and special behavior by those who received the fullness of its manifestation. When the spirit came upon those assembled in the upper chamber, they were simply sitting there, having just been engaged in silent prayer. The spirit was bestowed in the country as well as in the city. It was not necessary for the apostles to go apart to a lonely place for years of solitary meditation in order to receive the spirit. For all time, Pentecost disassociates the idea of spiritual experience from the notion of especially favorable environments.

194:3.11 Pentecost, with its spiritual endowment, was designed forever to loose the religion of the Master from all dependence upon physical force; the teachers of this new religion are now equipped with spiritual weapons. They are to go out to conquer the world with unfailing forgiveness, matchless good will, and abounding love. They are equipped to overcome evil with good, to vanquish hate by love, to destroy fear with a courageous and living faith in truth. Jesus had already taught his followers that his religion was never passive; always were his disciples to be active and positive in their ministry of mercy and in their manifestations of love. No longer did these believers look upon Yahweh as "the Lord of Hosts." They now regarded the eternal Deity as the "God and Father of the Lord Jesus Christ." They made that progress, at least, even if they did in some measure fail fully to grasp the truth that God is also the spiritual Father of every individual.

194:3.12 Pentecost endowed mortal man with the power to forgive personal injuries, to keep sweet in the midst of the gravest injustice, to remain unmoved in the face of appalling danger, and to challenge the evils of hate and anger by the fearless acts of love and forbearance. Urantia has passed through the ravages of great and destructive wars in its history. All participants in these terrible struggles met with defeat. There was but one victor; there was only one who came out of these embittered struggles with an enhanced reputation—that was Jesus of Nazareth and his gospel of overcoming evil with good. The secret of a better civilization is bound up in the Master's teachings of the brotherhood of man, the good will of love and mutual trust.

194:3.13 Up to Pentecost, religion had revealed only man seeking for God; since Pentecost, man is still searching for God, but there shines out over the world the spectacle of God also seeking for man and sending his spirit to dwell within him when he has found him.