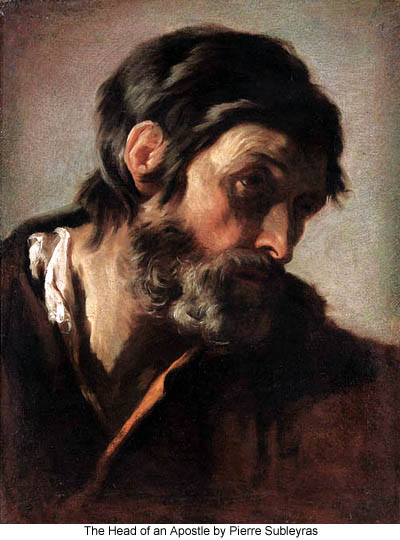 154:5.1 May 22 was an eventful day in the life of Jesus. On this Sunday morning, before daybreak, one of David's messengers arrived in great haste from Tiberias, bringing the word that Herod had authorized, or was about to authorize, the arrest of Jesus by the officers of the Sanhedrin. The receipt of the news of this impending danger caused David Zebedee to arouse his messengers and send them out to all the local groups of disciples, summoning them for an emergency council at seven o'clock that morning. When the sister-in-law of Jude (Jesus' brother) heard this alarming report, she hastened word to all of Jesus' family who dwelt near by, summoning them forthwith to assemble at Zebedee's house. And in response to this hasty call, presently there were assembled Mary, James, Joseph, Jude, and Ruth.

154:5.2 At this early morning meeting Jesus imparted his farewell instructions to the assembled disciples; that is, he bade them farewell for the time being, knowing well that they would soon be dispersed from Capernaum. He directed them all to seek God for guidance and to carry on the work of the kingdom regardless of consequences. The evangelists were to labor as they saw fit until such time as they might be called. He selected twelve of the evangelists to accompany him; the twelve apostles he directed to remain with him no matter what happened. The twelve women he instructed to remain at the Zebedee house and at Peter's house until he should send for them.

154:5.3 Jesus consented to David Zebedee's continuing his countrywide messenger service, and in bidding the Master farewell presently, David said: "Go forth to your work, Master. Don't let the bigots catch you, and never doubt that the messengers will follow after you. My men will never lose contact with you, and through them you shall know of the kingdom in other parts, and by them we will all know about you. Nothing that might happen to me will interfere with this service, for I have appointed first and second leaders, even a third. I am neither a teacher nor a preacher, but it is in my heart to do this, and none can stop me."

154:5.4 About 7:30 this morning Jesus began his parting address to almost one hundred believers who had crowded indoors to hear him. This was a solemn occasion for all present, but Jesus seemed unusually cheerful; he was once more like his normal self. The seriousness of weeks had gone, and he inspired all of them with his words of faith, hope, and courage.