Home Jesus Illustrated Stories The Women Prove Their Worth

The Women Prove Their Worth 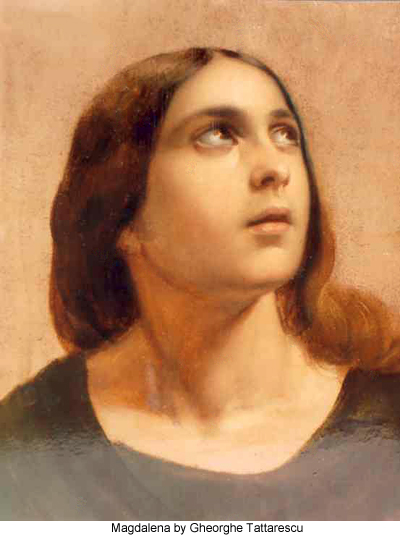 150:2.1 As the apostolic party journeyed from Bethsaida, the women traveled in the rear. During the conference time they always sat in a group in front and to the right of the speaker. Increasingly, women had become believers in the gospel of the kingdom, and it had been a source of much difficulty and no end of embarrassment when they had desired to hold personal converse with Jesus or one of the apostles. Now all this was changed. When any of the women believers desired to see the Master or confer with the apostles, they went to Susanna, and in company with one of the twelve women evangelists, they would go at once into the presence of the Master or one of his apostles.

150:2.2 It was at Magdala that the women first demonstrated their usefulness and vindicated the wisdom of their choosing. Andrew had imposed rather strict rules upon his associates about doing personal work with women, especially with those of questionable character. When the party entered Magdala, these ten women evangelists were free to enter the evil resorts and preach the glad tidings directly to all their inmates. And when visiting the sick, these women were able to draw very close in their ministry to their afflicted sisters. As the result of the ministry of these ten women (afterward known as the twelve women) at this place, Mary Magdalene was won for the kingdom. Through a succession of misfortunes and in consequence of the attitude of reputable society toward women who commit such errors of judgment, this woman had found herself in one of the nefarious resorts of Magdala. It was Martha and Rachel who made plain to Mary that the doors of the kingdom were open to even such as she. Mary believed the good news and was baptized by Peter the next day.

150:2.3 Mary Magdalene became the most effective teacher of the gospel among this group of twelve women evangelists. She was set apart for such service, together with Rebecca, at Jotapata about four weeks subsequent to her conversion. Mary and Rebecca, with the others of this group, went on through the remainder of Jesus' life on earth, laboring faithfully and effectively for the enlightenment and uplifting of their downtrodden sisters; and when the last and tragic episode in the drama of Jesus' life was being enacted, notwithstanding the apostles all fled but one, these women were all present, and not one either denied or betrayed him.