The Tent City In Bethsaida 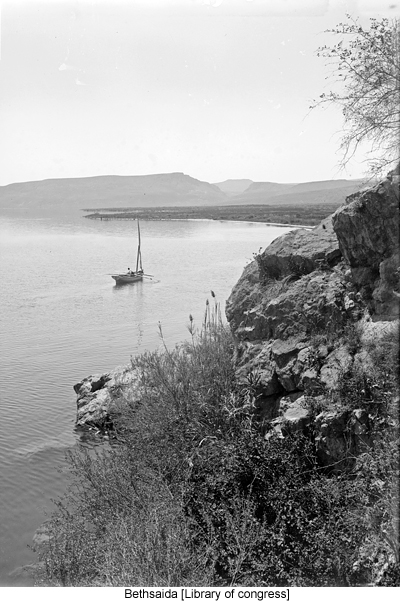 FROM MAY 3 to October 3, A.D. 28, Jesus and the apostolic party were in residence at the Zebedee home at Bethsaida. Throughout this five months' period of the dry season an enormous camp was maintained by the seaside near the Zebedee residence, which had been greatly enlarged to accommodate the growing family of Jesus. This seaside camp, occupied by an ever-changing population of truth seekers, healing candidates, and curiosity devotees, numbered from five hundred to fifteen hundred. This tented city was under the general supervision of David Zebedee, assisted by the Alpheus twins. The encampment was a model in order and sanitation as well as in its general administration. The sick of different types were segregated and were under the supervision of a believer physician, a Syrian named Elman.

148:0.2 Throughout this period the apostles would go fishing at least one day a week, selling their catch to David for consumption by the seaside encampment. The funds thus received were turned over to the group treasury. The twelve were permitted to spend one week out of each month with their families or friends.

148:0.3 While Andrew continued in general charge of the apostolic activities, Peter was in full charge of the school of the evangelists. The apostles all did their share in teaching groups of evangelists each forenoon, and both teachers and pupils taught the people during the afternoons. After the evening meal, five nights a week, the apostles conducted question classes for the benefit of the evangelists. Once a week Jesus presided at this question hour, answering the holdover questions from previous sessions.

148:0.4 In five months several thousand came and went at this encampment. Interested persons from every part of the Roman Empire and from the lands east of the Euphrates were in frequent attendance. This was the longest settled and well-organized period of the Master's teaching. Jesus' immediate family spent most of this time at either Nazareth or Cana.

148:0.5 The encampment was not conducted as a community of common interests, as was the apostolic family. David Zebedee managed this large tent city so that it became a self-sustaining enterprise, notwithstanding that no one was ever turned away. This ever-changing camp was an indispensable feature of Peter's evangelistic training school.