The Synagogues Are Closed To The Son Of Man 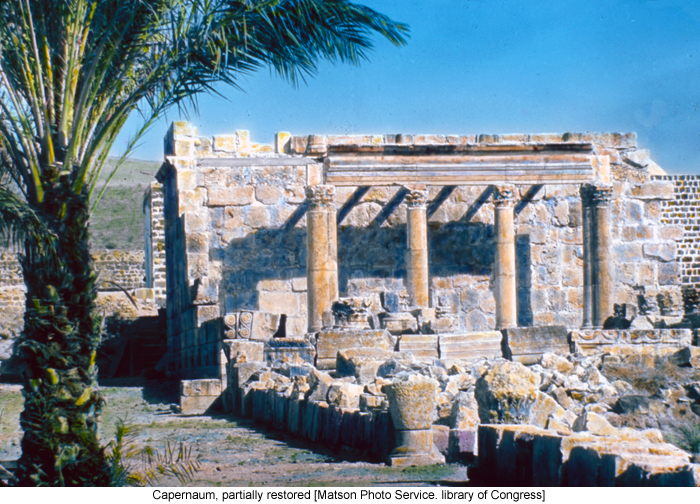 154:1.1 From May 1 to May 7 Jesus held intimate counsel with his followers at the Zebedee house. Only the tried and trusted disciples were admitted to these conferences. At this time there were only about one hundred disciples who had the moral courage to brave the opposition of the Pharisees and openly declare their adherence to Jesus. With this group he held sessions morning, afternoon, and evening. Small companies of inquirers assembled each afternoon by the seaside, where some of the evangelists or apostles discoursed to them. These groups seldom numbered more than fifty.

154:1.2 On Friday of this week official action was taken by the rulers of the Capernaum synagogue closing the house of God to Jesus and all his followers. This action was taken at the instigation of the Jerusalem Pharisees. Jairus resigned as chief ruler and openly aligned himself with Jesus.

154:2.1 Sunday, May 8, A.D. 29, at Jerusalem, the Sanhedrin passed a decree closing all the synagogues of Palestine to Jesus and his followers. This was a new and unprecedented usurpation of authority by the Jerusalem Sanhedrin. Theretofore each synagogue had existed and functioned as an independent congregation of worshipers and was under the rule and direction of its own board of governors. Only the synagogues of Jerusalem had been subject to the authority of the Sanhedrin. This summary action of the Sanhedrin was followed by the resignation of five of its members. One hundred messengers were immediately dispatched to convey and enforce this decree. Within the short space of two weeks every synagogue in Palestine had bowed to this manifesto of the Sanhedrin except the synagogue at Hebron. The rulers of the Hebron synagogue refused to acknowledge the right of the Sanhedrin to exercise such jurisdiction over their assembly. This refusal to accede to the Jerusalem decree was based on their contention of congregational autonomy rather than on sympathy with Jesus' cause. Shortly thereafter the Hebron synagogue was destroyed by fire.

154:2.2 This same Sunday morning, Jesus declared a week's holiday, urging all of his disciples to return to their homes or friends to rest their troubled souls and speak words of encouragement to their loved ones. He said: "Go to your several places to play or fish while you pray for the extension of the kingdom."

154:2.3 This week of rest enabled Jesus to visit many families and groups about the seaside. He also went fishing with David Zebedee on several occasions, and while he went about alone much of the time, there always lurked near by two or three of David's most trusted messengers, who had no uncertain orders from their chief respecting the safeguarding of Jesus. There was no public teaching of any sort during this week of rest.