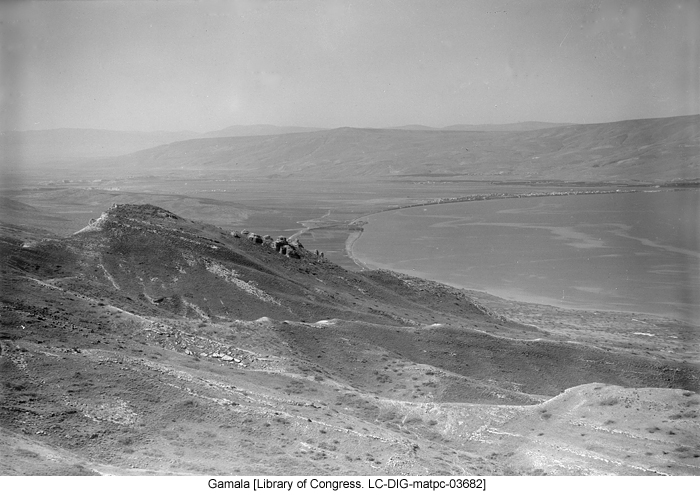 159:2.1 Jesus went over to Gamala to visit John and those who worked with him at that place. That evening, after the session of questions and answers, John said to Jesus: "Master, yesterday I went over to Ashtaroth to see a man who was teaching in your name and even claiming to be able to cast out devils. Now this fellow had never been with us, neither does he follow after us; therefore I forbade him to do such things." Then said Jesus: "Forbid him not. Do you not perceive that this gospel of the kingdom shall presently be proclaimed in all the world? How can you expect that all who will believe the gospel shall be subject to your direction? Rejoice that already our teaching has begun to manifest itself beyond the bounds of our personal influence. Do you not see, John, that those who profess to do great works in my name must eventually support our cause? They certainly will not be quick to speak evil of me. My son, in matters of this sort it would be better for you to reckon that he who is not against us is for us. In the generations to come many who are not wholly worthy will do many strange things in my name, but I will not forbid them. I tell you that, even when a cup of cold water is given to a thirsty soul, the Father's messengers shall ever make record of such a service of love."

159:2.2 This instruction greatly perplexed John. Had he not heard the Master say, "He who is not with me is against me"? And he did not perceive that in this case Jesus was referring to man's personal relation to the spiritual teachings of the kingdom, while in the other case reference was made to the outward and far-flung social relations of believers regarding the questions of administrative control and the jurisdiction of one group of believers over the work of other groups which would eventually compose the forthcoming world-wide brotherhood.

159:2.3 But John oftentimes recounted this experience in connection with his subsequent labors in behalf of the kingdom. Nevertheless, many times did the apostles take offense at those who made bold to teach in the Master's name. To them it always seemed inappropriate that those who had never sat at Jesus' feet should dare to teach in his name.

159:2.4 This man whom John forbade to teach and work in Jesus' name did not heed the apostle's injunction. He went right on with his efforts and raised up a considerable company of believers at Kanata before going on into Mesopotamia. This man, Aden, had been led to believe in Jesus through the testimony of the demented man whom Jesus healed near Kheresa, and who so confidently believed that the supposed evil spirits which the Master cast out of him entered the herd of swine and rushed them headlong over the cliff to their destruction.