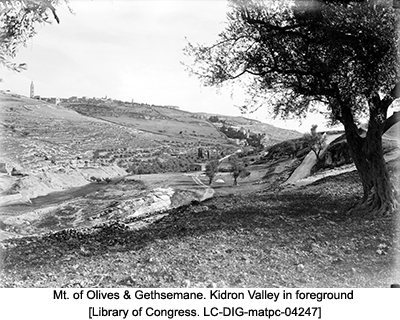 IT WAS ABOUT ten o'clock this Thursday night when Jesus led the eleven apostles from the home of Elijah and Mary Mark on their way back to the Gethsemane camp. Ever since that day in the hills, John Mark had made it his business to keep a watchful eye on Jesus. John, being in need of sleep, had obtained several hours of rest while the Master had been with his apostles in the upper room, but on hearing them coming downstairs, he arose and, quickly throwing a linen coat about himself, followed them through the city, over the brook Kidron, and on to their private encampment adjacent to Gethsemane Park. And John Mark remained so near the Master throughout this night and the next day that he witnessed everything and overheard much of what the Master said from this time on to the hour of the crucifixion.