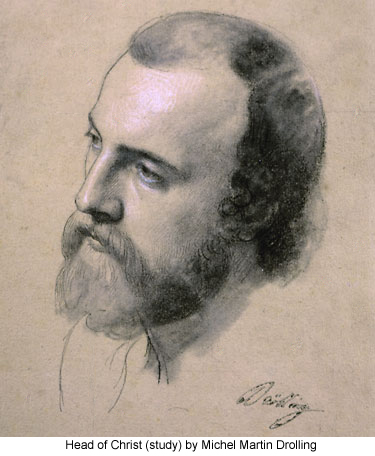 155:3.2 The sojourn at Caesarea Philippi was a real test to the eleven apostles; it was a difficult two weeks for them to live through. They were well-nigh depressed, and they missed the periodic stimulation of Peter's enthusiastic personality. In these times it was truly a great and testing adventure to believe in Jesus and go forth to follow after him. Though they made few converts during these two weeks, they did learn much that was highly profitable from their daily conferences with the Master.

155:3.3 The apostles learned that the Jews were spiritually stagnant and dying because they had crystallized truth into a creed; that when truth becomes formulated as a boundary line of self-righteous exclusiveness instead of serving as signposts of spiritual guidance and progress, such teachings lose their creative and life-giving power and ultimately become merely preservative and fossilizing.

155:3.4 Increasingly they learned from Jesus to look upon human personalities in terms of their possibilities in time and in eternity. They learned that many souls can best be led to love the unseen God by being first taught to love their brethren whom they can see. And it was in this connection that new meaning became attached to the Master's pronouncement concerning unselfish service for one's fellows: "Inasmuch as you did it to one of the least of my brethren, you did it to me."

155:3.5 One of the great lessons of this sojourn at Caesarea had to do with the origin of religious traditions, with the grave danger of allowing a sense of sacredness to become attached to nonsacred things, common ideas, or everyday events. From one conference they emerged with the teaching that true religion was man's heartfelt loyalty to his highest and truest convictions.

155:3.6 Jesus warned his believers that, if their religious longings were only material, increasing knowledge of nature would, by progressive displacement of the supposed supernatural origin of things, ultimately deprive them of their faith in God. But that, if their religion were spiritual, never could the progress of physical science disturb their faith in eternal realities and divine values.

155:3.7 They learned that, when religion is wholly spiritual in motive, it makes all life more worth while, filling it with high purposes, dignifying it with transcendent values, inspiring it with superb motives, all the while comforting the human soul with a sublime and sustaining hope. True religion is designed to lessen the strain of existence; it releases faith and courage for daily living and unselfish serving. Faith promotes spiritual vitality and righteous fruitfulness.

155:3.8 Jesus repeatedly taught his apostles that no civilization could long survive the loss of the best in its religion. And he never grew weary of pointing out to the twelve the great danger of accepting religious symbols and ceremonies in the place of religious experience. His whole earth life was consistently devoted to the mission of thawing out the frozen forms of religion into the liquid liberties of enlightened sonship.