Home Jesus Illustrated Stories The Twelve, And Jesus, Arrive At The Mark Home

The Twelve, And Jesus, Arrive At The Mark Home 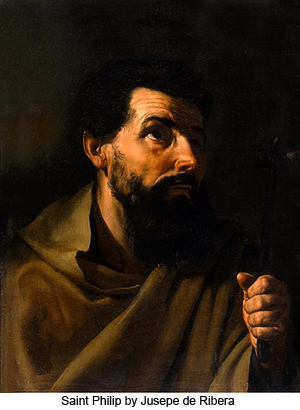 DURING THE AFTERNOON of this Thursday, when Philip reminded the Master about the approaching Passover and inquired concerning his plans for its celebration, he had in mind the Passover supper which was due to be eaten on the evening of the next day, Friday. It was the custom to begin the preparations for the celebration of the Passover not later than noon of the preceding day. And since the Jews reckoned the day as beginning at sunset, this meant that Saturday's Passover supper would be eaten on Friday night, sometime before the midnight hour.

179:0.2 The apostles were, therefore, entirely at a loss to understand the Master's announcement that they would celebrate the Passover one day early. They thought, at least some of them did, that he knew he would be placed under arrest before the time of the Passover supper on Friday night and was therefore calling them together for a special supper on this Thursday evening. Others thought that this was merely a special occasion which was to precede the regular Passover celebration.

179:0.3 The apostles knew that Jesus had celebrated other Passovers without the lamb; they knew that he did not personally participate in any sacrificial service of the Jewish system. He had many times partaken of the paschal lamb as a guest, but always, when he was the host, no lamb was served. It would not have been a great surprise to the apostles to have seen the lamb omitted even on Passover night, and since this supper was given one day earlier, they thought nothing of its absence.

179:0.4 After receiving the greetings of welcome extended by the father and mother of John Mark, the apostles went immediately to the upper chamber while Jesus lingered behind to talk with the Mark family.

179:0.5 It had been understood beforehand that the Master was to celebrate this occasion alone with his twelve apostles; therefore no servants were provided to wait upon them.