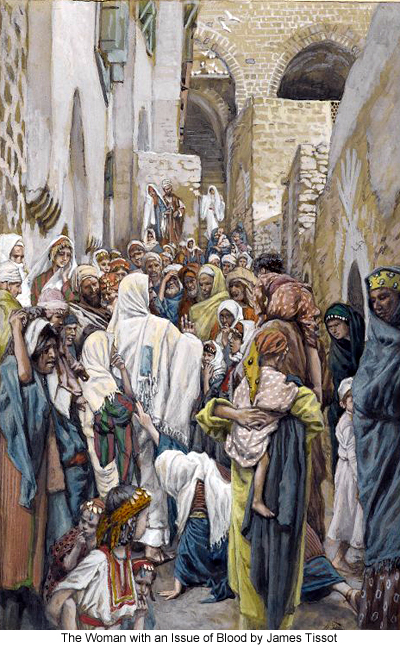 149:1.1 By the time the camp at Bethsaida had been broken up, the fame of Jesus, particularly as a healer, had spread to all parts of Palestine and through all of Syria and the surrounding countries. For weeks after they left Bethsaida, the sick continued to arrive, and when they did not find the Master, on learning from David where he was, they would go in search of him. On this tour Jesus did not deliberately perform any so-called miracles of healing. Nevertheless, scores of afflicted found restoration of health and happiness as a result of the reconstructive power of the intense faith which impelled them to seek for healing.

149:1.2 There began to appear about the time of this mission—and continued throughout the remainder of Jesus' life on earth—a peculiar and unexplained series of healing phenomena. In the course of this three months' tour more than one hundred men, women, and children from Judea, Idumea, Galilee, Syria, Tyre, and Sidon, and from beyond the Jordan were beneficiaries of this unconscious healing by Jesus and, returning to their homes, added to the enlargement of Jesus' fame. And they did this notwithstanding that Jesus would, every time he observed one of these cases of spontaneous healing, directly charge the beneficiary to "tell no man."

149:1.3 It was never revealed to us just what occurred in these cases of spontaneous or unconscious healing. The Master never explained to his apostles how these healings were effected, other than that on several occasions he merely said, "I perceive that power has gone forth from me." On one occasion he remarked when touched by an ailing child, "I perceive that life has gone forth from me."

149:1.9 Many others sought healing for wholly selfish purposes. A rich widow of Tyre, with her retinue, came seeking to be healed of her infirmities, which were many; and as she followed Jesus about through Galilee, she continued to offer more and more money, as if the power of God were something to be purchased by the highest bidder. But never would she become interested in the gospel of the kingdom; it was only the cure of her physical ailments that she sought.