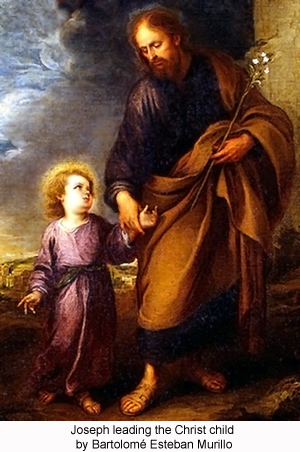 123:5.12 Nazareth was one of the twenty-four priest centers of the Hebrew nation. But the Galilean priesthood was more liberal in the interpretation of the traditional laws than were the Judean scribes and rabbis. And at Nazareth they were also more liberal regarding the observance of the Sabbath. It was therefore the custom for Joseph to take Jesus out for walks on Sabbath afternoons, one of their favorite jaunts being to climb the high hill near their home, from which they could obtain a panoramic view of all Galilee. To the northwest, on clear days, they could see the long ridge of Mount Carmel running down to the sea; and many times Jesus heard his father relate the story of Elijah, one of the first of that long line of Hebrew prophets, who reproved Ahab and exposed the priests of Baal. To the north Mount Hermon raised its snowy peak in majestic splendor and monopolized the skyline, almost 3,000 feet of the upper slopes glistening white with perpetual snow. Far to the east they could discern the Jordan valley and far beyond the rocky hills of Moab. Also to the south and the east, when the sun shone upon their marble walls, they could see the Greco-Roman cities of the Decapolis, with their amphitheaters and pretentious temples. And when they lingered toward the going down of the sun, to the west they could make out the sailing vessels on the distant Mediterranean.

123:5.13 From four directions Jesus could observe the caravan trains as they wended their way in and out of Nazareth, and to the south he could overlook the broad and fertile plain country of Esdraelon, stretching off toward Mount Gilboa and Samaria.

123:5.14 When they did not climb the heights to view the distant landscape, they strolled through the countryside and studied nature in her various moods in accordance with the seasons. Jesus' earliest training, aside from that of the home hearth, had to do with a reverent and sympathetic contact with nature. 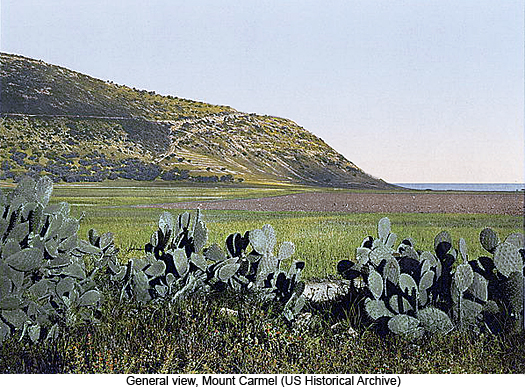