Preparation For The Last Mission 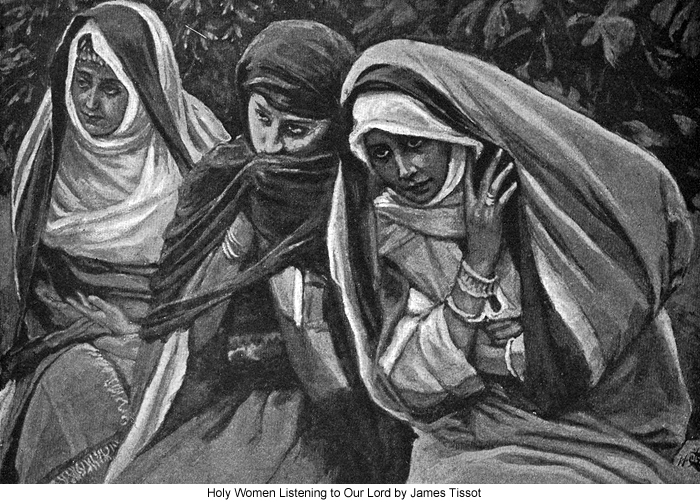 163:7.1 The next few days were busy times in the Pella camp; preparations for the Perean mission were being completed. Jesus and his associates were about to enter upon their last mission, the three months' tour of all Perea, which terminated only upon the Master's entering Jerusalem for his final labors on earth. Throughout this period the headquarters of Jesus and the twelve apostles was maintained here at the Pella camp.

163:7.2 It was no longer necessary for Jesus to go abroad to teach the people. They now came to him in increasing numbers each week and from all parts, not only from Palestine but from the whole Roman world and from the Near East. Although the Master participated with the seventy in the tour of Perea, he spent much of his time at the Pella camp, teaching the multitude and instructing the twelve. Throughout this three months' period at least ten of the apostles remained with Jesus.

163:7.3 The women's corps also prepared to go out, two and two, with the seventy to labor in the larger cities of Perea. This original group of twelve women had recently trained a larger corps of fifty women in the work of home visitation and in the art of ministering to the sick and the afflicted. Perpetua, Simon Peter's wife, became a member of this new division of the women's corps and was intrusted with the leadership of the enlarged women's work under Abner. After Pentecost she remained with her illustrious husband, accompanying him on all of his missionary tours; and on the day Peter was crucified in Rome, she was fed to the wild beasts in the arena. This new women's corps also had as members the wives of Philip and Matthew and the mother of James and John.

163:7.4 The work of the kingdom now prepared to enter upon its terminal phase under the personal leadership of Jesus. And this present phase was one of spiritual depth in contrast with the miracle-minded and wonder-seeking multitudes who followed after the Master during the former days of popularity in Galilee. However, there were still any number of his followers who were material-minded, and who failed to grasp the truth that the kingdom of heaven is the spiritual brotherhood of man founded on the eternal fact of the universal fatherhood of God.