Peter Takes Charge, And The Apostles Leave For Galilee 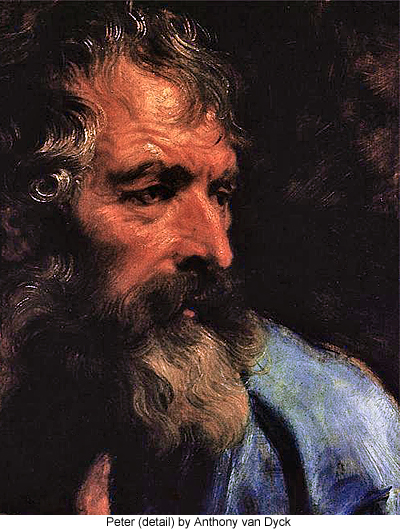 BY THE TIME the apostles left Jerusalem for Galilee, the Jewish leaders had quieted down considerably. Since Jesus appeared only to his family of kingdom believers, and since the apostles were in hiding and did no public preaching, the rulers of the Jews concluded that the gospel movement was, after all, effectually crushed. They were, of course, disconcerted by the increasing spread of rumors that Jesus had risen from the dead, but they depended upon the bribed guards effectively to counteract all such reports by their reiteration of the story that a band of his followers had removed the body.

192:0.2 From this time on, until the apostles were dispersed by the rising tide of persecution, Peter was the generally recognized head of the apostolic corps. Jesus never gave him any such authority, and his fellow apostles never formally elected him to such a position of responsibility; he naturally assumed it and held it by common consent and also because he was their chief preacher. From now on public preaching became the main business of the apostles. After their return from Galilee, Matthias, whom they chose to take the place of Judas, became their treasurer.

192:0.3 During the week they tarried in Jerusalem, Mary the mother of Jesus spent much of the time with the women believers who were stopping at the home of Joseph of Arimathea.

192:0.4 Early this Monday morning when the apostles departed for Galilee, John Mark went along. He followed them out of the city, and when they had passed well beyond Bethany, he boldly came up among them, feeling confident they would not send him back.

192:0.5 The apostles paused several times on the way to Galilee to tell the story of their risen Master and therefore did not arrive at Bethsaida until very late on Wednesday night. It was noontime on Thursday before they were all awake and ready to partake of breakfast.