King Saul And The Witch Of Endor 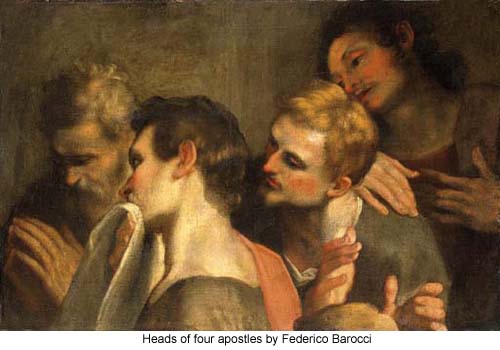 146:7.1 At Endor Jesus escaped for a few days from the clamoring multitudes in quest of physical healing. During their sojourn at this place the Master recounted for the instruction of the apostles the story of King Saul and the witch of Endor. Jesus plainly told his apostles that the stray and rebellious midwayers who had oftentimes impersonated the supposed spirits of the dead would soon be brought under control so that they could no more do these strange things. He told his followers that, after he returned to the Father, and after they had poured out their spirit upon all flesh, no more could such semispirit beings—so-called unclean spirits—possess the feeble- and evil-minded among mortals.

146:7.2 Jesus further explained to his apostles that the spirits of departed human beings do not come back to the world of their origin to communicate with their living fellows. Only after the passing of a dispensational age would it be possible for the advancing spirit of mortal man to return to earth and then only in exceptional cases and as a part of the spiritual administration of the planet.

146:7.3 When they had rested two days, Jesus said to his apostles: "On the morrow let us return to Capernaum to tarry and teach while the countryside quiets down. At home they will have by this time partly recovered from this sort of excitement."