Four Months Of Waiting And Training 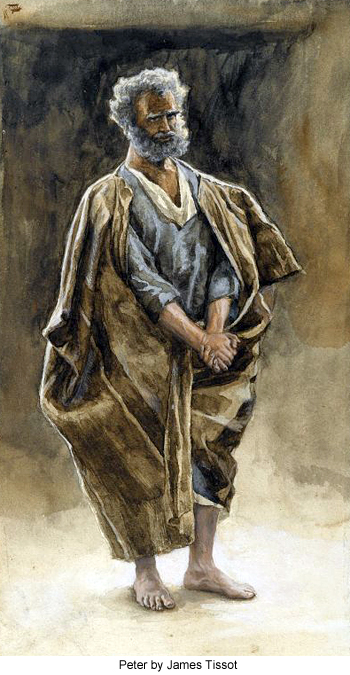 137:7.1 For four long months—March, April, May, and June—this tarrying time continued; Jesus held over one hundred long and earnest, though cheerful and joyous, sessions with these six associates and his own brother James. Owing to sickness in his family, Jude seldom was able to attend these classes. James, Jesus' brother, did not lose faith in him, but during these months of delay and inaction Mary nearly despaired of her son. Her faith, raised to such heights at Cana, now sank to new low levels. She could only fall back on her so oft-repeated exclamation: "I cannot understand him. I cannot figure out what it all means." But James's wife did much to bolster Mary's courage.

137:7.2 Throughout these four months these seven believers, one his own brother in the flesh, were getting acquainted with Jesus; they were getting used to the idea of living with this God-man. Though they called him Rabbi, they were learning not to be afraid of him. Jesus possessed that matchless grace of personality which enabled him so to live among them that they were not dismayed by his divinity. They found it really easy to be "friends with God," God incarnate in the likeness of mortal flesh. This time of waiting severely tested the entire group of believers. Nothing, absolutely nothing, miraculous happened. Day by day they went about their ordinary work, while night after night they sat at Jesus' feet. And they were held together by his matchless personality and by the gracious words which he spoke to them evening upon evening.

137:7.3 This period of waiting and teaching was especially hard on Simon Peter. He repeatedly sought to persuade Jesus to launch forth with the preaching of the kingdom in Galilee while John continued to preach in Judea. But Jesus' reply to Peter ever was: "Be patient, Simon. Make progress. We shall be none too ready when the Father calls." And Andrew would calm Peter now and then with his more seasoned and philosophic counsel. Andrew was tremendously impressed with the human naturalness of Jesus. He never grew weary of contemplating how one who could live so near God could be so friendly and considerate of men.

137:7.4 Throughout this entire period Jesus spoke in the synagogue but twice. By the end of these many weeks of waiting the reports about his baptism and the wine of Cana had begun to quiet down. And Jesus saw to it that no more apparent miracles happened during this time. But even though they lived so quietly at Bethsaida, reports of the strange doings of Jesus had been carried to Herod Antipas, who in turn sent spies to ascertain what he was about. But Herod was more concerned about the preaching of John. He decided not to molest Jesus, whose work continued along so quietly at Capernaum.

137:7.5 In this time of waiting Jesus endeavored to teach his associates what their attitude should be toward the various religious groups and the political parties of Palestine. Jesus' words always were, "We are seeking to win all of them, but we are not of any of them."