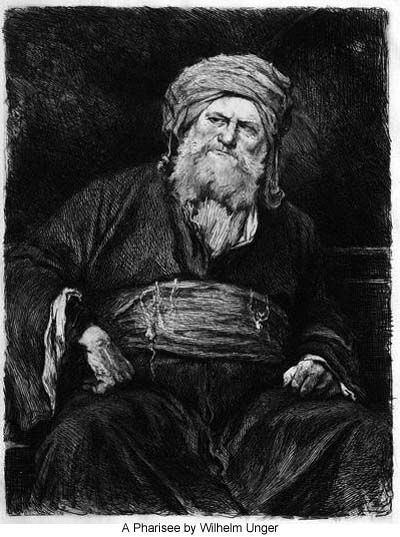 164:5.1 All of the time this Sabbath-breaking session of the Sanhedrin was in progress in one of the temple chambers, Jesus was walking about near at hand, teaching the people in Solomon's Porch, hoping that he would be summoned before the Sanhedrin where he could tell them the good news of the liberty and joy of divine sonship in the kingdom of God. But they were afraid to send for him. They were always disconcerted by these sudden and public appearances of Jesus in Jerusalem. The very occasion they had so ardently sought, Jesus now gave them, but they feared to bring him before the Sanhedrin even as a witness, and even more they feared to arrest him.

164:5.2 This was midwinter in Jerusalem, and the people sought the partial shelter of Solomon's Porch; and as Jesus lingered, the crowds asked him many questions, and he taught them for more than two hours. Some of the Jewish teachers sought to entrap him by publicly asking him: "How long will you hold us in suspense? If you are the Messiah, why do you not plainly tell us?" Said Jesus: "I have told you about myself and my Father many times, but you will not believe me. Can you not see that the works I do in my Father's name bear witness for me? But many of you believe not because you belong not to my fold. The teacher of truth attracts only those who hunger for the truth and who thirst for righteousness. My sheep hear my voice and I know them and they follow me. And to all who follow my teaching I give eternal life; they shall never perish, and no one shall snatch them out of my hand. My Father, who has given me these children, is greater than all, so that no one is able to pluck them out of my Father's hand. The Father and I are one." Some of the unbelieving Jews rushed over to where they were still building the temple to pick up stones to cast at Jesus, but the believers restrained them.

164:5.3 Jesus continued his teaching: "Many loving works have I shown you from the Father, so that now would I inquire for which one of these good works do you think to stone me?" And then answered one of the Pharisees:" For no good work would we stone you but for blasphemy, inasmuch as you, being a man, dare to make yourself equal with God." And Jesus answered: "You charge the Son of Man with blasphemy because you refused to believe me when I declared to you that I was sent by God. If I do not the works of God, believe me not, but if I do the works of God, even though you believe not in me, I should think you would believe the works. But that you may be certain of what I proclaim, let me again assert that the Father is in me and I in the Father, and that, as the Father dwells in me, so will I dwell in every one who believes this gospel." And when the people heard these words, many of them rushed out to lay hands upon the stones to cast at him, but he passed out through the temple precincts; and meeting Nathaniel and Thomas, who had been in attendance upon the session of the Sanhedrin, he waited with them near the temple until Josiah came from the council chamber.

164:5.4 Jesus and the two apostles did not go in search of Josiah at his home until they heard he had been cast out of the synagogue. When they came to his house, Thomas called him out in the yard, and Jesus, speaking to him, said: "Josiah, do you believe in the Son of God?" And Josiah answered, "Tell me who he is that I may believe in him." And Jesus said: "You have both seen and heard him, and it is he who now speaks to you." And Josiah said, "Lord, I believe," and falling down, he worshiped.

164:5.5 When Josiah learned that he had been cast out of the synagogue, he was at first greatly downcast, but he was much encouraged when Jesus directed that he should immediately prepare to go with them to the camp at Pella. This simple-minded man of Jerusalem had indeed been cast out of a Jewish synagogue, but behold the Creator of a universe leading him forth to become associated with the spiritual nobility of that day and generation.

164:5.6 And now Jesus left Jerusalem, not again to return until near the time when he prepared to leave this world. With the two apostles and Josiah the Master went back to Pella. And Josiah proved to be one of the recipients of the Master's miraculous ministry who turned out fruitfully, for he became a lifelong preacher of the gospel of the kingdom.