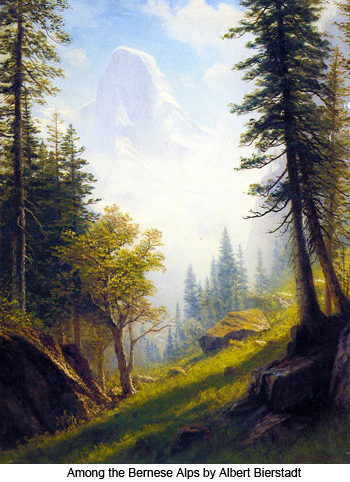 132:7.3 It was on the visit to Switzerland, up in the mountains, that Jesus had an all-day talk with both father and son about Buddhism. Many times Ganid had asked Jesus direct questions about Buddha, but he had always received more or less evasive replies. Now, in the presence of the son, the father asked Jesus a direct question about Buddha, and he received a direct reply. Said Gonod: "I would really like to know what you think of Buddha." And Jesus answered:

132:7.4 "Your Buddha was much better than your Buddhism. Buddha was a great man, even a prophet to his people, but he was an orphan prophet; by that I mean that he early lost sight of his spiritual Father, the Father in heaven. His experience was tragic. He tried to live and teach as a messenger of God, but without God. Buddha guided his ship of salvation right up to the safe harbor, right up to the entrance to the haven of mortal salvation, and there, because of faulty charts of navigation, the good ship ran aground. There it has rested these many generations, motionless and almost hopelessly stranded. And thereon have many of your people remained all these years. They live within hailing distance of the safe waters of rest, but they refuse to enter because the noble craft of the good Buddha met the misfortune of grounding just outside the harbor. And the Buddhist peoples never will enter this harbor unless they abandon the philosophic craft of their prophet and seize upon his noble spirit. Had your people remained true to the spirit of Buddha, you would have long since entered your haven of spirit tranquillity, soul rest, and assurance of salvation.

132:7.5 "You see, Gonod, Buddha knew God in spirit but failed clearly to discover him in mind; the Jews discovered God in mind but largely failed to know him in spirit. Today, the Buddhists flounder about in a philosophy without God, while my people are piteously enslaved to the fear of a God without a saving philosophy of life and liberty. You have a philosophy without a God; the Jews have a God but are largely without a philosophy of living as related thereto. Buddha, failing to envision God as a spirit and as a Father, failed to provide in his teaching the moral energy and the spiritual driving power which a religion must possess if it is to change a race and exalt a nation."

132:7.6 Then exclaimed Ganid: "Teacher, let's you and I make a new religion, one good enough for India and big enough for Rome, and maybe we can trade it to the Jews for Yahweh." And Jesus replied: "Ganid, religions are not made. The religions of men grow up over long periods of time, while the revelations of God flash upon earth in the lives of the men who reveal God to their fellows." But they did not comprehend the meaning of these prophetic words.

132:7.7 That night after they had retired, Ganid could not sleep. He talked a long time with his father and finally said, "You know, father, I sometimes think Joshua is a prophet." And his father only sleepily replied, "My son, there are others-"

132:7.8 From this day, for the remainder of his natural life, Ganid continued to evolve a religion of his own. He was mightily moved in his own mind by Jesus' broadmindedness, fairness, and tolerance. In all their discussions of philosophy and religion this youth never experienced feelings of resentment or reactions of antagonism.

132:7.9 What a scene for the celestial intelligences to behold, this spectacle of the Indian lad proposing to the Creator of a universe that they make a new religion! And though the young man did not know it, they were making a new and everlasting religion right then and there-this new way of >salvation, the revelation of God to man through, and in, Jesus. That which the lad wanted most to do he was unconsciously actually doing. And it was, and is, ever thus. That which the enlightened and reflective human imagination of spiritual teaching and leading wholeheartedly and unselfishly wants to do and be, becomes measurably creative in accordance with the degree of mortal dedication to the divine doing of the Father's will. When man goes in partnership with God, great things may, and do, happen.