"As Jesus Passed By" 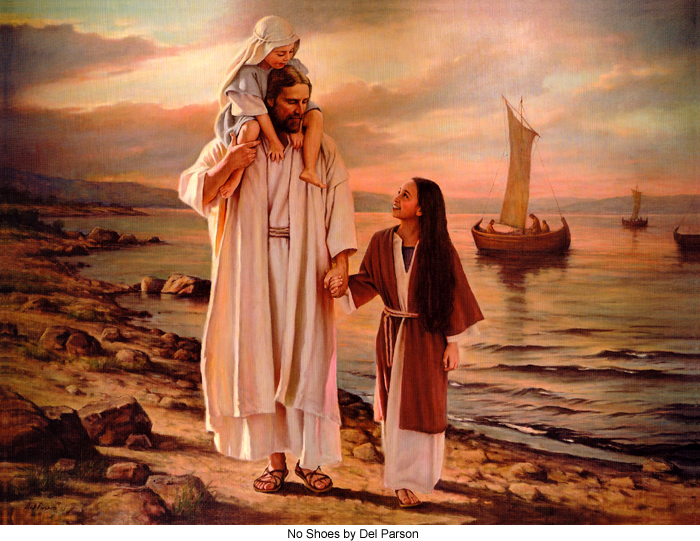 171:7.1 Jesus spread good cheer everywhere he went. He was full of grace and truth. His associates never ceased to wonder at the gracious words that proceeded out of his mouth. You can cultivate gracefulness, but graciousness is the aroma of friendliness which emanates from a love-saturated soul.

171:7.3 Jesus really understood men; therefore could he manifest genuine sympathy and show sincere compassion. But he seldom indulged in pity. While his compassion was boundless, his sympathy was practical, personal, and constructive. Never did his familiarity with suffering breed indifference, and he was able to minister to distressed souls without increasing their self-pity.

171:7.4 Jesus could help men so much because he loved them so sincerely. He truly loved each man, each woman, and each child. He could be such a true friend because of his remarkable insight—he knew so fully what was in the heart and in the mind of man. He was an interested and keen observer. He was an expert in the comprehension of human need, clever in detecting human longings.

171:7.5 Jesus was never in a hurry. He had time to comfort his fellow men "as he passed by." And he always made his friends feel at ease. He was a charming listener. He never engaged in the meddlesome probing of the souls of his associates. As he comforted hungry minds and ministered to thirsty souls, the recipients of his mercy did not so much feel that they were confessing to him as that they were conferring with him. They had unbounded confidence in him because they saw he had so much faith in them.

171:7.6 He never seemed to be curious about people, and he never manifested a desire to direct, manage, or follow them up. He inspired profound self-confidence and robust courage in all who enjoyed his association. When he smiled on a man, that mortal experienced increased capacity for solving his manifold problems.

171:7.7 Jesus loved men so much and so wisely that he never hesitated to be severe with them when the occasion demanded such discipline. He frequently set out to help a person by asking for help. In this way he elicited interest, appealed to the better things in human nature.

171:7.8 The Master could discern saving faith in the gross superstition of the woman who sought healing by touching the hem of his garment. He was always ready and willing to stop a sermon or detain a multitude while he ministered to the needs of a single person, even to a little child. Great things happened not only because people had faith in Jesus, but also because Jesus had so much faith in them.

171:7.9 Most of the really important things which Jesus said or did seemed to happen casually, "as he passed by." There was so little of the professional, the well-planned, or the premeditated in the Master's earthly ministry. He dispensed health and scattered happiness naturally and gracefully as he journeyed through life. It was literally true, "He went about doing good."

171:7.10 And it behooves the Master's followers in all ages to learn to minister as "they pass by"—to do unselfish good as they go about their daily duties.