The Master Speaks On Marriage And Divorce 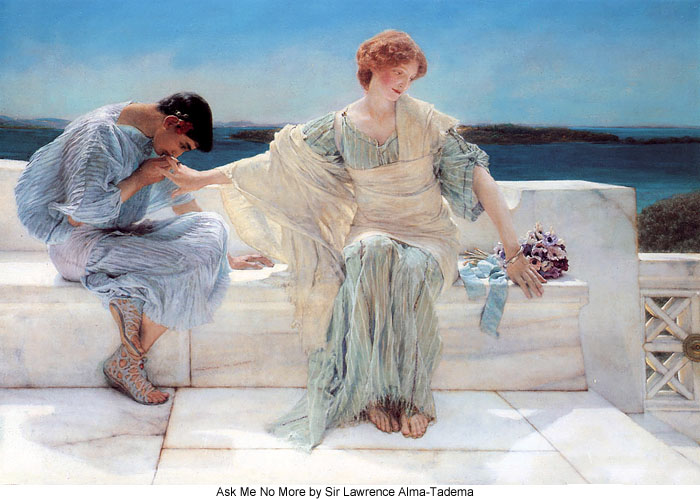 167:5.2 That night, in Jericho, the unfriendly Pharisees sought to entrap the Master by inducing him to discuss marriage and divorce, as did their fellows one time in Galilee, but Jesus artfully avoided their efforts to bring him into conflict with their laws concerning divorce. As the publican and the Pharisee illustrated good and bad religion, their divorce practices served to contrast the better marriage laws of the Jewish code with the disgraceful laxity of the Pharisaic interpretations of these Mosaic divorce statutes. The Pharisee judged himself by the lowest standard; the publican squared himself by the highest ideal. Devotion, to the Pharisee, was a means of inducing self-righteous inactivity and the assurance of false spiritual security; devotion, to the publican, was a means of stirring up his soul to the realization of the need for repentance, confession, and the acceptance, by faith, of merciful forgiveness. The Pharisee sought justice; the publican sought mercy. The law of the universe is: Ask and you shall receive; seek and you shall find.

167:5.3 Though Jesus refused to be drawn into a controversy with the Pharisees concerning divorce, he did proclaim a positive teaching of the highest ideals regarding marriage. He exalted marriage as the most ideal and highest of all human relationships. Likewise, he intimated strong disapproval of the lax and unfair divorce practices of the Jerusalem Jews, who at that time permitted a man to divorce his wife for the most trifling of reasons, such as being a poor cook, a faulty housekeeper, or for no better reason than that he had become enamored of a better-looking woman.

167:5.4 The Pharisees had even gone so far as to teach that divorce of this easy variety was a special dispensation granted the Jewish people, particularly the Pharisees. And so, while Jesus refused to make pronouncements dealing with marriage and divorce, he did most bitterly denounce these shameful floutings of the marriage relationship and pointed out their injustice to women and children. He never sanctioned any divorce practice which gave man any advantage over woman; the Master countenanced only those teachings which accorded women equality with men.

167:5.5 Although Jesus did not offer new mandates governing marriage and divorce, he did urge the Jews to live up to their own laws and higher teachings. He constantly appealed to the written Scriptures in his effort to improve their practices along these social lines. While thus upholding the high and ideal concepts of marriage, Jesus skillfully avoided clashing with his questioners about the social practices represented by either their written laws or their much-cherished divorce privileges.

167:5.6 It was very difficult for the apostles to understand the Master's reluctance to make positive pronouncements relative to scientific, social, economic, and political problems. They did not fully realize that his earth mission was exclusively concerned with revelations of spiritual and religious truths.

167:5.7 After Jesus had talked about marriage and divorce, later on that evening his apostles privately asked many additional questions, and his answers to these inquiries relieved their minds of many misconceptions. At the conclusion of this conference Jesus said: "Marriage is honorable and is to be desired by all men. The fact that the Son of Man pursues his earth mission alone is in no way a reflection on the desirability of marriage. That I should so work is the Father's will, but this same Father has directed the creation of male and female, and it is the divine will that men and women should find their highest service and consequent joy in the establishment of homes for the reception and training of children, in the creation of whom these parents become copartners with the Makers of heaven and earth. And for this cause shall a man leave his father and mother and shall cleave to his wife, and they two shall become as one."

167:5.8 And in this way Jesus relieved the minds of the apostles of many worries about marriage and cleared up many misunderstandings regarding divorce; at the same time he did much to exalt their ideals of social union and to augment their respect for women and children and for the home.