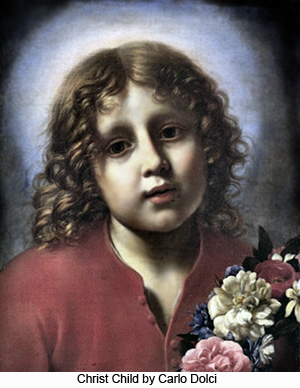 123:2.1 In something more than a year after the return to Nazareth the boy Jesus arrived at the age of his first personal and wholehearted moral decision; and there came to abide with him a Thought Adjuster, a divine gift of the Paradise Father, which had aforetime served with Machiventa Melchizedek, thus gaining the experience of functioning in connection with the incarnation of a supermortal being living in the likeness of mortal flesh. This event occurred on February 11, 2 B.C. Jesus was no more aware of the coming of the divine Monitor than are the millions upon millions of other children who, before and since that day, have likewise received these Thought Adjusters to indwell their minds and work for the ultimate spiritualization of these minds and the eternal survival of their evolving immortal souls.

123:2.2 On this day in February the direct and personal supervision of the Universe Rulers, as it was related to the integrity of the childlike incarnation of Michael, terminated. From that time on throughout the human unfolding of the incarnation, the guardianship of Jesus was destined to rest in the keeping of this indwelling Adjuster and the associated seraphic guardians, supplemented from time to time by the ministry of midway creatures assigned for the performance of certain definite duties in accordance with the instruction of their planetary superiors.