Home Jesus Illustrated Stories Discourse On The Water Of Life

Discourse On The Water Of Life 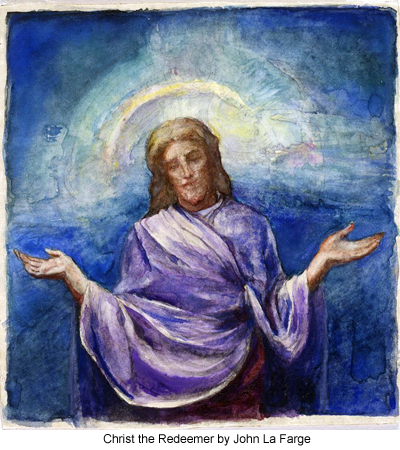 162:6.1 On the last day, the great day of the feast, as the procession from the Pool of Siloam passed through the temple courts, and just after the water and the wine had been poured down upon the altar by the priests, Jesus, standing among the pilgrims, said: "If any man thirst, let him come to me and drink. From the Father above I bring to this world the water of life. He who believes me shall be filled with the spirit which this water represents, for even the Scriptures have said, 'Out of him shall flow rivers of living waters.' When the Son of Man has finished his work on earth, there shall be poured out upon all flesh the living Spirit of Truth. Those who receive this spirit shall never know spiritual thirst."

162:6.2 Jesus did not interrupt the service to speak these words. He addressed the worshipers immediately after the chanting of the Hallel, the responsive reading of the Psalms accompanied by waving of the branches before the altar. Just here was a pause while the sacrifices were being prepared, and it was at this time that the pilgrims heard the fascinating voice of the Master declare that he was the giver of living water to every spirit-thirsting soul.

162:6.3 At the conclusion of this early morning service Jesus continued to teach the multitude, saying: "Have you not read in the Scripture: 'Behold, as the waters are poured out upon the dry ground and spread over the parched soil, so will I give the spirit of holiness to be poured out upon your children for a blessing even to your children's children'? Why will you thirst for the ministry of the spirit while you seek to water your souls with the traditions of men, poured from the broken pitchers of ceremonial service? That which you see going on about this temple is the way in which your fathers sought to symbolize the bestowal of the divine spirit upon the children of faith, and you have done well to perpetuate these symbols, even down to this day. But now has come to this generation the revelation of the Father of spirits through the bestowal of his Son, and all of this will certainly be followed by the bestowal of the spirit of the Father and the Son upon the children of men. To every one who has faith shall this bestowal of the spirit become the true teacher of the way which leads to life everlasting, to the true waters of life in the kingdom of heaven on earth and in the Father's Paradise over there."

162:6.4 And Jesus continued to answer the questions of both the multitude and the Pharisees. Some thought he was a prophet; some believed him to be the Messiah; others said he could not be the Christ, seeing that he came from Galilee, and that the Messiah must restore David's throne. Still they dared not arrest him.