Jesus' Concept Of The Kingdom 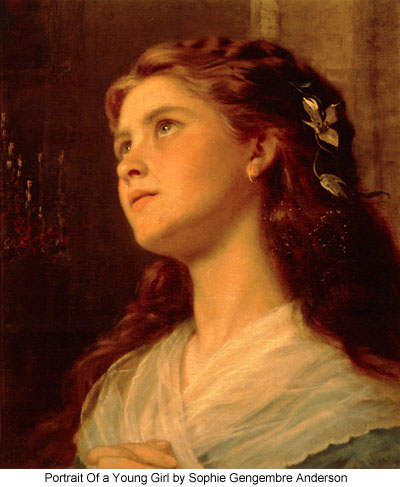 170:2.1 The Master made it clear that the kingdom of heaven must begin with, and be centered in, the dual concept of the truth of the fatherhood of God and the correlated fact of the brotherhood of man. The acceptance of such a teaching, Jesus declared, would liberate man from the agelong bondage of animal fear and at the same time enrich human living with the following endowments of the new life of spiritual liberty:

170:2.2 1. The possession of new courage and augmented spiritual power. The gospel of the kingdom was to set man free and inspire him to dare to hope for eternal life.

170:2.3 2. The gospel carried a message of new confidence and true consolation for all men, even for the poor.

170:2.4 3. It was in itself a new standard of moral values, a new ethical yardstick wherewith to measure human conduct. It portrayed the ideal of a resultant new order of human society.

170:2.5 4. It taught the pre-eminence of the spiritual compared with the material; it glorified spiritual realities and exalted superhuman ideals.

170:2.6 5. This new gospel held up spiritual attainment as the true goal of living. Human life received a new endowment of moral value and divine dignity.

170:2.7 6. Jesus taught that eternal realities were the result (reward) of righteous earthly striving. Man's mortal sojourn on earth acquired new meanings consequent upon the recognition of a noble destiny.

170:2.8 7. The new gospel affirmed that human salvation is the revelation of a far-reaching divine purpose to be fulfilled and realized in the future destiny of the endless service of the salvaged sons of God.

170:2.9 These teachings cover the expanded idea of the kingdom which was taught by Jesus. This great concept was hardly embraced in the elementary and confused kingdom teachings of John the Baptist.

170:2.10 The apostles were unable to grasp the real meaning of the Master's utterances regarding the kingdom. The subsequent distortion of Jesus' teachings, as they are recorded in the New Testament, is because the concept of the gospel writers was colored by the belief that Jesus was then absent from the world for only a short time; that he would soon return to establish the kingdom in power and glory—just such an idea as they held while he was with them in the flesh. But Jesus did not connect the establishment of the kingdom with the idea of his return to this world. That centuries have passed with no signs of the appearance of the "New Age" is in no way out of harmony with Jesus' teaching.

170:2.11 The great effort embodied in this sermon was the attempt to translate the concept of the kingdom of heaven into the ideal of the idea of doing the will of God. Long had the Master taught his followers to pray: "Your kingdom come; your will be done"; and at this time he earnestly sought to induce them to abandon the use of the term kingdom of God in favor of the more practical equivalent, the will of God. But he did not succeed.

170:2.12 Jesus desired to substitute for the idea of the kingdom, king, and subjects, the concept of the heavenly family, the heavenly Father, and the liberated sons of God engaged in joyful and voluntary service for their fellow men and in the sublime and intelligent worship of God the Father.

170:2.13 Up to this time the apostles had acquired a double viewpoint of the kingdom; they regarded it as:

1. A matter of personal experience then present in the hearts of true believers, and

2. A question of racial or world phenomena; that the kingdom was in the future, something to look forward to.

170:2.20 They looked upon the coming of the kingdom in the hearts of men as a gradual development, like the leaven in the dough or like the growing of the mustard seed. They believed that the coming of the kingdom in the racial or world sense would be both sudden and spectacular. Jesus never tired of telling them that the kingdom of heaven was their personal experience of realizing the higher qualities of spiritual living; that these realities of the spirit experience are progressively translated to new and higher levels of divine certainty and eternal grandeur.

170:2.23 On this afternoon the Master distinctly taught a new concept of the double nature of the kingdom in that he portrayed the following two phases:

170:2.24 "First. The kingdom of God in this world, the supreme desire to do the will of God, the unselfish love of man which yields the good fruits of improved ethical and moral conduct.

170:2.23 "Second. The kingdom of God in heaven, the goal of mortal believers, the estate wherein the love for God is perfected, and wherein the will of God is done more divinely."

170:2.24 Jesus taught that, by faith, the believer enters the kingdom now. In the various discourses he taught that two things are essential to faith-entrance into the kingdom:

1. Faith, sincerity. To come as a little child, to receive the bestowal of sonship as a gift; to submit to the doing of the Father's will without questioning and in the full confidence and genuine trustfulness of the Father's wisdom; to come into the kingdom free from prejudice and preconception; to be open-minded and teachable like an unspoiled child.

2. Truth hunger. The thirst for righteousness, a change of mind, the acquirement of the motive to be like God and to find God.

170:2.23 Jesus taught that sin is not the child of a defective nature but rather the offspring of a knowing mind dominated by an unsubmissive will. Regarding sin, he taught that God has forgiven; that we make such forgiveness personally available by the act of forgiving our fellows. When you forgive your brother in the flesh, you thereby create the capacity in your own soul for the reception of the reality of God's forgiveness of your own misdeeds.

170:2.24 By the time the Apostle John began to write the story of Jesus' life and teachings, the early Christians had experienced so much trouble with the kingdom-of-God idea as a breeder of persecution that they had largely abandoned the use of the term. John talks much about the "eternal life." Jesus often spoke of it as the "kingdom of life." He also frequently referred to "the kingdom of God within you." He once spoke of such an experience as "family fellowship with God the Father." Jesus sought to substitute many terms for the kingdom but always without success. Among others, he used: the family of God, the Father's will, the friends of God, the fellowship of believers, the brotherhood of man, the Father's fold, the children of God, the fellowship of the faithful, the Father's service, and the liberated sons of God.

170:2.25 But he could not escape the use of the kingdom idea. It was more than fifty years later, not until after the destruction of Jerusalem by the Roman armies, that this concept of the kingdom began to change into the cult of eternal life as its social and institutional aspects were taken over by the rapidly expanding and crystallizing Christian church.