Jesus Asks To See His Mother 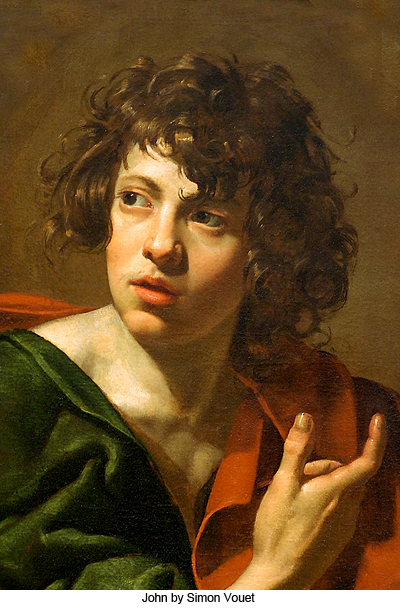 AS JESUS and his accusers started off to see Herod, the Master turned to the Apostle John and said: "John, you can do no more for me. Go to my mother and bring her to see me ere I die." When John heard his Master's request, although reluctant to leave him alone among his enemies, he hastened off to Bethany, where the entire family of Jesus was assembled in waiting at the home of Martha and Mary, the sisters of Lazarus whom Jesus raised from the dead.

186:0.2 Several times during the morning, messengers had brought news to Martha and Mary concerning the progress of Jesus' trial. But the family of Jesus did not reach Bethany until just a few minutes before John arrived bearing the request of Jesus to see his mother before he was put to death. After John Zebedee had told them all that had happened since the midnight arrest of Jesus, Mary his mother went at once in the company of John to see her eldest son. By the time Mary and John reached the city, Jesus, accompanied by the Roman soldiers who were to crucify him, had already arrived at Golgotha.

186:0.3 When Mary the mother of Jesus started out with John to go to her son, his sister Ruth refused to remain behind with the rest of the family. Since she was determined to accompany her mother, her brother Jude went with her. The rest of the Master's family remained in Bethany under the direction of James, and almost every hour the messengers of David Zebedee brought them reports concerning the progress of that terrible business of putting to death their eldest brother, Jesus of Nazareth.