Jesus And The Roman Senator 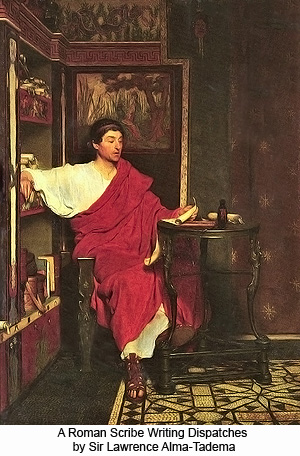 He talked with a Roman senator on politics and statesmanship, and this one contact with Jesus made such an impression on this legislator that he spent the rest of his life vainly trying to induce his colleagues to change the course of the ruling policy from the idea of the government supporting and feeding the people to that of the people supporting the government. Jesus spent one evening with a wealthy slaveholder, talked about man as a son of God, and the next day this man, Claudius, gave freedom to one hundred and seventeen slaves. He visited at dinner with a Greek physician, telling him that his patients had minds and souls as well as bodies, and thus led this able doctor to attempt a more far-reaching ministry to his fellow men. He talked with all sorts of people in every walk of life. The only place in Rome he did not visit was the public baths. He refused to accompany his friends to the baths because of the sex promiscuity which there prevailed.