Jesus And James Travel To Jerusalem

127:3.1'' In the course of this year all the family property, except the home and garden, was disposed of. The last piece of Capernaum' property (except an equity in one other), already mortgaged, was sold. The proceeds were used for taxes, to buy some new tools for James, and to make a payment on the old family supply and repair shop near the caravan' lot, which Jesus now proposed to buy back since James was old enough to work at the house shop and help Mary' about the home. With the financial pressure thus eased for the time being, Jesus decided to take James to the Passover.' They went up to Jerusalem' a day early, to be alone, going by way of Samaria.' They walked, and Jesus told James about the historic places en route as his father had taught him on a similar journey five years before. 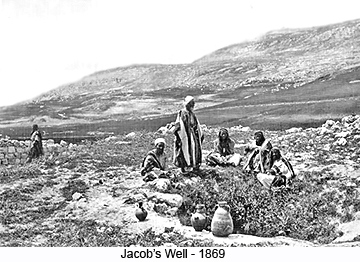 127:3.2 In passing through Samaria, they saw many strange sights. On this journey they talked over many of their problems, personal, family, and national. James was a very religious type of lad, and while he did not fully agree with his mother regarding the little he knew of the plans concerning Jesus' lifework, he did look forward to the time when he would be able to assume responsibility for the family so that Jesus could begin his mission. He was very appreciative of Jesus' taking him up to the Passover, and they talked over the future more fully than ever before.

127:3.3 Jesus did much thinking as they journeyed through Samaria, particularly at Bethel' and when drinking from Jacob's Well.' He and his brother discussed the traditions of Abraham, Isaac, and Jacob. He did much to prepare James for what he was about to witness at Jerusalem, thus seeking to lessen the shock such as he himself had experienced on his first visit to the temple. But James was not so sensitive to some of these sights. He commented on the perfunctory and heartless manner in which some of the priests performed their duties but on the whole greatly enjoyed his sojourn at Jerusalem.

127:3.4 Jesus took James to Bethany' for the Passover supper. Simon had been laid to rest with his fathers, and Jesus presided over this household as the head of the Passover family, having brought the paschal lamb from the temple. 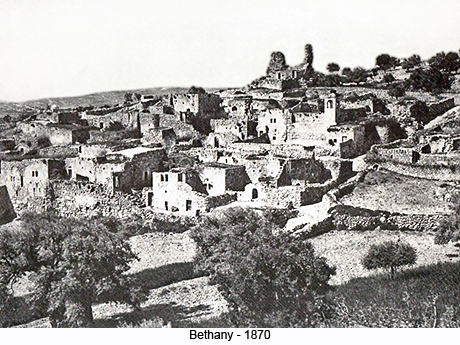 127:3.5 After the Passover supper Mary sat down to talk with James while Martha, Lazarus, and Jesus talked together far into the night. The next day they attended the temple services, and James was received into the commonwealth of Israel. That morning, as they paused on the brow of Olivet to view the temple, while James exclaimed in wonder, Jesus gazed on Jerusalem in silence. James could not comprehend his brother's demeanor. That night they again returned to Bethany' and would have departed for home the next day, but James was insistent on their going back to visit the temple, explaining that he wanted to hear the teachers. And while this was true, secretly in his heart he wanted to hear Jesus participate in the discussions, as he had heard his mother tell about. Accordingly, they went to the temple and heard the discussions, but Jesus asked no questions. It all seemed so puerile and insignificant to this awakening mind of man and God—he could only pity them. James was disappointed that Jesus said nothing. To his inquiries Jesus only made reply, ' "My hour has not yet come."

127:3.6 The next day they journeyed home by Jericho' and the Jordan valley,' and Jesus recounted many things by the way, including his former trip over this road when he was thirteen years old.