Jesus Alone At The Olive Press 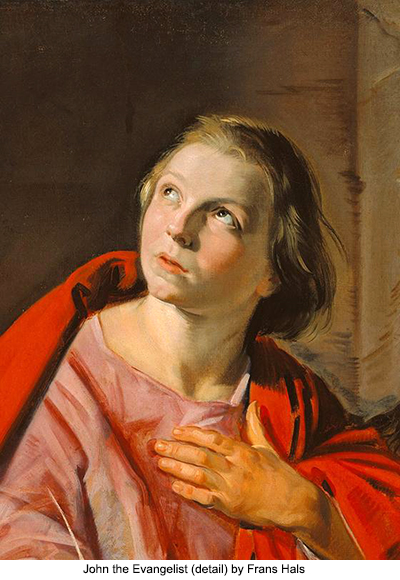 AFTER JESUS had finally awakened Peter, James, and John, he suggested that they go to their tents and seek sleep in preparation for the duties of the morrow. But by this time the three apostles were wide awake; they had been refreshed by their short naps, and besides, they were stimulated and aroused by the arrival on the scene of two excited messengers who inquired for David Zebedee and quickly went in quest of him when Peter informed them where he kept watch.

183:0.2 Although eight of the apostles were sound asleep, the Greeks who were encamped alongside them were more fearful of trouble, so much so that they had posted a sentinel to give the alarm in case danger should arise. When these two messengers hurried into camp, the Greek sentinel proceeded to arouse all of his fellow countrymen, who streamed forth from their tents, fully dressed and fully armed. All the camp was now aroused except the eight apostles. Peter desired to call his associates, but Jesus definitely forbade him. The Master mildly admonished them all to return to their tents, but they were reluctant to comply with his suggestion.

183:0.3 Failing to disperse his followers, the Master left them and walked down toward the olive press near the entrance to Gethsemane Park. Although the three apostles, the Greeks, and the other members of the camp hesitated immediately to follow him, John Mark hastened around through the olive trees and secreted himself in a small shed near the olive press. Jesus withdrew from the camp and from his friends in order that his apprehenders, when they arrived, might arrest him without disturbing his apostles. The Master feared to have his apostles awake and present at the time of his arrest lest the spectacle of Judas's betraying him should so arouse their animosity that they would offer resistance to the soldiers and would be taken into custody with him. He feared that, if they should be arrested with him, they might also perish with him.

183:0.4 Though Jesus knew that the plan for his death had its origin in the councils of the rulers of the Jews, he was also aware that all such nefarious schemes had the full approval of Lucifer, Satan, and Caligastia. And he well knew that these rebels of the realms would also be pleased to see all of the apostles destroyed with him.

183:0.5 Jesus sat down, alone, on the olive press, where he awaited the coming of the betrayer, and he was seen at this time only by John Mark and an innumerable host of celestial observers.