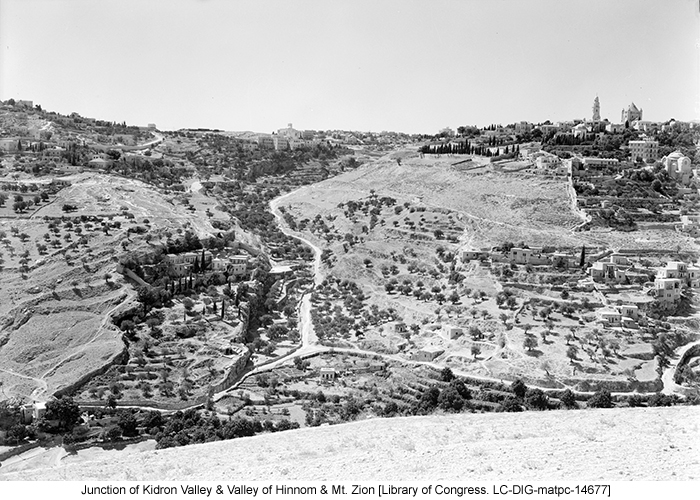 178:3.1 Seeking again to avoid the crowds passing through the Kidron valley back and forth between Gethsemane Park and Jerusalem, Jesus and the twelve walked over the western brow of Mount Olivet to meet the road leading from Bethany down to the city. As they drew near the place where Jesus had tarried the previous evening to discourse on the destruction of Jerusalem, they unconsciously paused while they stood and looked down in silence upon the city. As they were a little early, and since Jesus did not wish to pass through the city until after sunset, he said to his associates:

178:3.2 "Sit down and rest yourselves while I talk with you about what must shortly come to pass. All these years have I lived with you as brethren, and I have taught you the truth concerning the kingdom of heaven and have revealed to you the mysteries thereof. And my Father has indeed done many wonderful works in connection with my mission on earth. You have been witnesses of all this and partakers in the experience of being laborers together with God. And you will bear me witness that I have for some time warned you that I must presently return to the work the Father has given me to do; I have plainly told you that I must leave you in the world to carry on the work of the kingdom. It was for this purpose that I set you apart, in the hills of Capernaum. The experience you have had with me, you must now make ready to share with others. As the Father sent me into this world, so am I about to send you forth to represent me and finish the work I have begun.

178:3.3 "You look down on yonder city in sorrow, for you have heard my words telling of the end of Jerusalem. I have forewarned you lest you should perish in her destruction and so delay the proclamation of the gospel of the kingdom. Likewise do I warn you to take heed lest you needlessly expose yourselves to peril when they come to take the Son of Man. I must go, but you are to remain to witness to this gospel when I have gone, even as I directed that Lazarus flee from the wrath of man that he might live to make known the glory of God. If it is the Father's will that I depart, nothing you may do can frustrate the divine plan. Take heed to yourselves lest they kill you also. Let your souls be valiant in defense of the gospel by spirit power but be not misled into any foolish attempt to defend the Son of Man. I need no defense by the hand of man; the armies of heaven are even now near at hand; but I am determined to do the will of my Father in heaven, and therefore must we submit to that which is so soon to come upon us.

p1934 :6 178:3.4 "When you see this city destroyed, forget not that you have entered already upon the eternal life of endless service in the ever-advancing kingdom of heaven, even of the heaven of heavens. You should know that in my Father's universe and in mine are many abodes, and that there awaits the children of light the revelation of cities whose builder is God and worlds whose habit of life is righteousness and joy in the truth. I have brought the kingdom of heaven to you here on earth, but I declare that all of you who by faith enter therein and remain therein by the living service of truth, shall surely ascend to the worlds on high and sit with me in the spirit kingdom of our Father. But first must you gird yourselves and complete the work which you have begun with me. You must first pass through much tribulation and endure many sorrows—and these trials are even now upon us—and when you have finished your work on earth, you shall come to my joy, even as I have finished my Father's work on earth and am about to return to his embrace."

178:3.5 When the Master had spoken, he arose, and they all followed him down Olivet and into the city. None of the apostles, save three, knew where they were going as they made their way along the narrow streets in the approaching darkness. The crowds jostled them, but no one recognized them nor knew that the Son of God was passing by on his way to the last mortal rendezvous with his chosen ambassadors of the kingdom. And neither did the apostles know that one of their own number had already entered into a conspiracy to betray the Master into the hands of his enemies.

178:3.6 John Mark had followed them all the way into the city, and after they had entered the gate, he hurried on by another street so that he was waiting to welcome them to his father's home when they arrived. 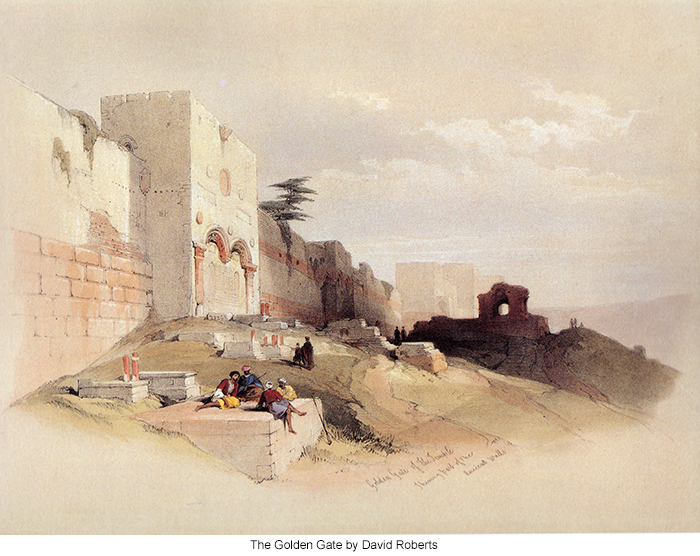