Home Jesus Illustrated Stories "How Can Satan Cast Out Satan?" The Militant Jesus

"How Can Satan Cast Out Satan?" The Militant Jesus 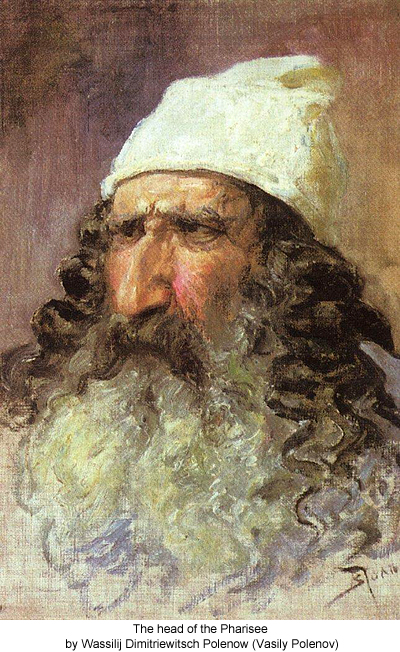 153:4.1 In the midst of the discussions of this after meeting, one of the Pharisees from Jerusalem brought to Jesus a distraught youth who was possessed of an unruly and rebellious spirit. Leading this demented lad up to Jesus, he said: "What can you do for such affliction as this? Can you cast out devils?" And when the Master looked upon the youth, he was moved with compassion and, beckoning for the lad to come to him, took him by the hand and said: "You know who I am; come out of him; and I charge one of your loyal fellows to see that you do not return." And immediately the lad was normal and in his right mind. And this is the first case where Jesus really cast an "evil spirit" out of a human being. All of the previous cases were only supposed possession of the devil; but this was a genuine case of demoniac possession, even such as sometimes occurred in those days and right up to the day of Pentecost, when the Master's spirit was poured out upon all flesh, making it forever impossible for these few celestial rebels to take such advantage of certain unstable types of human beings.

153:4.2 When the people marveled, one of the Pharisees stood up and charged that Jesus could do these things because he was in league with devils; that he admitted in the language which he employed in casting out this devil that they were known to each other; and he went on to state that the religious teachers and leaders at Jerusalem had decided that Jesus did all his so-called miracles by the power of Beelzebub, the prince of devils. Said the Pharisee: "Have nothing to do with this man; he is in partnership with Satan."

153:4.3 Then said Jesus: "How can Satan cast out Satan? A kingdom divided against itself cannot stand; if a house be divided against itself, it is soon brought to desolation. Can a city withstand a siege if it is not united? If Satan casts out Satan, he is divided against himself; how then shall his kingdom stand? But you should know that no one can enter into the house of a strong man and despoil his goods except he first overpower and bind that strong man. And so, if I by the power of Beelzebub cast out devils, by whom do your sons cast them out? Therefore shall they be your judges. But if I, by the spirit of God, cast out devils, then has the kingdom of God truly come upon you. If you were not blinded by prejudice and misled by fear and pride, you would easily perceive that one who is greater than devils stands in your midst. You compel me to declare that he who is not with me is against me, while he who gathers not with me scatters abroad. Let me utter a solemn warning to you who would presume, with your eyes open and with premeditated malice, knowingly to ascribe the works of God to the doings of devils! Verily, verily, I say to you, all your sins shall be forgiven, even all of your blasphemies, but whosoever shall blaspheme against God with deliberation and wicked intention shall never obtain forgiveness. Since such persistent workers of iniquity will never seek nor receive forgiveness, they are guilty of the sin of eternally rejecting divine forgiveness.

153:4.4 "Many of you have this day come to the parting of the ways; you have come to a beginning of the making of the inevitable choice between the will of the Father and the self-chosen ways of darkness. And as you now choose, so shall you eventually be. You must either make the tree good and its fruit good, or else will the tree become corrupt and its fruit corrupt. I declare that in my Father's eternal kingdom the tree is known by its fruits. But some of you who are as vipers, how can you, having already chosen evil, bring forth good fruits? After all, out of the abundance of the evil in your hearts your mouths speak."

153:4.5 Then stood up another Pharisee, who said: "Teacher, we would have you give us a predetermined sign which we will agree upon as establishing your authority and right to teach. Will you agree to such an arrangement?" And when Jesus heard this, he said: "This faithless and sign-seeking generation seeks a token, but no sign shall be given you other than that which you already have, and that which you shall see when the Son of Man departs from among you."

153:4.6 And when he had finished speaking, his apostles surrounded him and led him from the synagogue. In silence they journeyed home with him to Bethsaida. They were all amazed and somewhat terror-stricken by the sudden change in the Master's teaching tactics. They were wholly unaccustomed to seeing him perform in such a militant manner.