Parable Of The Great Supper 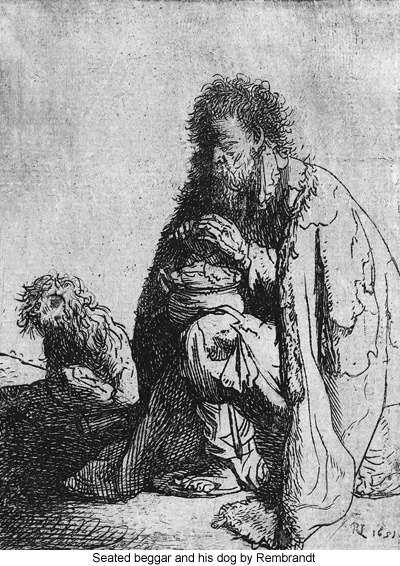 167:2.1As Jesus finished speaking at the breakfast table of the Pharisee. one of the lawyers present, desiring to relieve the silence,thoughtlessly said: “Blessed is he who shall eat bread in the kingdom of God"—that being a common saying of those days. Andthen Jesus spoke a parable, which even his friendly host was compelled to take to heart. He said:

167:2.2 “A certain ruler gave a great supper, and having bidden many guests, he dispatched his servants at suppertime to say to those who were invited,`Come, for everything is now ready.’ And they all with one accord began to make excuses. The first said, `I have just bought afarm, and I must needs to go prove it; I pray you have me excused.’ Another said, `I have bought five yoke of oxen, and I must go to receive them; I pray you have me excused.’ And another said, `I have just married a wife, and therefore I cannot come.’ So the servants went back and reported this to their master. When the master of the house heard this, he was very angry, and turning to his servants, he said: `I have made ready this marriage feast; the fatlings are killed, and all is in readiness for my guests,but they have spurned my invitation; they have gone every man after his lands and his merchandise, and they even show disrespect to my servants who bid them come to my feast. Go out quickly, therefore, into the streets and lanes of the city, out into the highways and the byways,and bring hither the poor and the outcast, the blind and the lame, that the marriage feast may have guests.’ And the servants did as their lord commanded, and even then there was room for more guests.Then said the lord to his servants: `Go now out into the roads and the countryside and constrain those who are there to come in that my house may be filled. I declare that none of those who were first bidden shall taste of my supper.’ And the servants did as their master commanded, and the house was filled.”

167:2.3And when they heard these words, they departed; every man went to his own place. At least one of the sneering Pharisees present that morning comprehended the meaning of this parable, for he was baptized that day and made public confession of his faith in the gospel of the kingdom. Abner preached on this parable that night at the general council of believers.

167:2.4The next day all of the apostles engaged in the philosophic exercise of endeavoring to interpret the meaning of this parable of the great supper. Though Jesus listened with interest to all of these differing interpretations, he steadfastly refused to offer them further help in understanding the parable. He would only say, “Let every man find out the meaning for himself and in his own soul.”